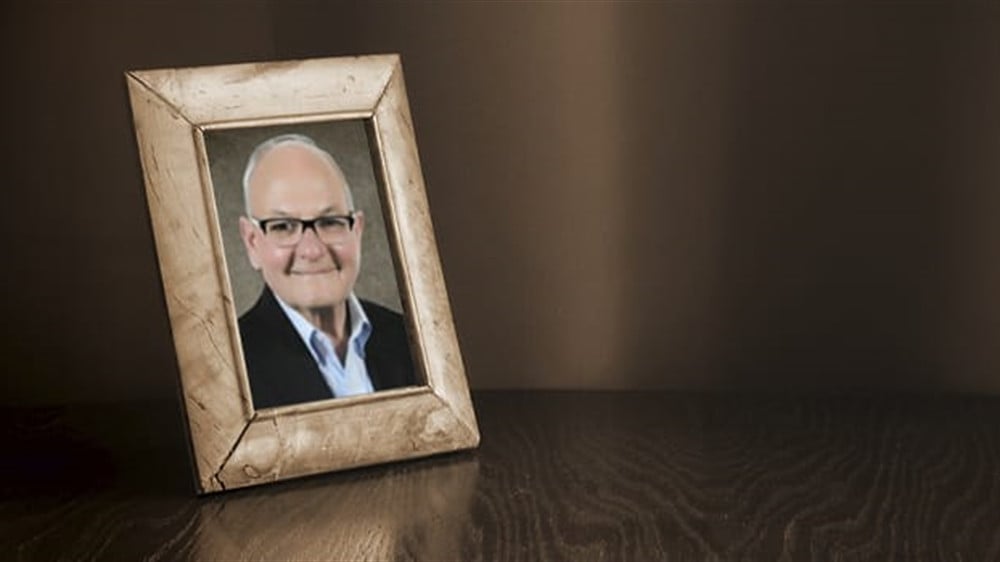 On October 20, 2019, James Earl Pool was received into the arms of Jesus after a battle with Acute Myeloid Leukemia at the age of 77.

Jim was a beloved funeral director, who started his career in funeral service after serving his nation during the Vietnam War.  He first came to Restland Funeral Home in the early 1970’s before taking a 15-year career break to work for Gillette Company personal care division returning in 1988 to Restland, where he worked until his health failed him.

He served many families throughout his years with his patient, gentle demeanor.   With over 30 years of service, Jim is estimated to have helped over 3,000 families in the Richardson/Garland area during his time at Restland.  Several first met Jim when burying a grandmother or grandfather, then he was there sharing their memories and pain through the next generations.

Jim gravitated towards the students and younger directors.  He knew they needed guidance and someone in their corner.  Many have said how blessed they are to have known him and the lessons he shared with them.  And, of course, anyone that had been around him knew what a ‘’Poolism’’ was.

Others spoke of Jim’s quick wit, but also of his quickness to set the standard for care for Restland’s families.  A quick snap of the fingers meant to hush – Jim was on the phone with a loved one.  A roll of the eyes probably meant you were being dismissed.   But accompanied with that twinkle in his eyes also meant he was in on the joke.

Derek Walker, general manager for Restland Funeral Home writes, ‘’Jim Pool was a funeral director’s director.  He was full of wisdom and sound judgement who taught professionalism.  His instruction and ‘’Poolisms”  echo within and throughout many funeral directors.’’

Jim was born in Jacksonville, Texas August 31, 1942 to Fred and Verlon Pool.  He graduated from Henderson High School and served in the United States Army as a Specialist until he was honorably discharged in August of 1968.   He left military service holding a Purple Heart Medal as well as a Bronze Star and National Defense Service Medal.

Jim married Carmen Altenburg in 1965 and together they lived and worked in various cities in Texas and Louisiana, served local churches, and were active members for many years at First Baptist Church Richardson.   Jim’s greatest career passion was the funeral industry.  He was a funeral director employed by Restland Funeral Home in Dallas, where he worked fulltime right up until the day he became ill.  He took a 15-year mid-career break from the funeral industry to work as a sales representative for Gillette company personal care division and Sales Southwest Brokerage firm, servicing both the greater Texas and Louisiana territories.   Jim’s favorite personal memories include traveling across the US and Canada with Carmen.  Neither of them had a strong desire to travel outside of North America, as they felt there was plenty of beauty and majesty to be found in more regional travel.   Touring New England states to see the fall colors was one of his favorite traveling itineraries.

Jim was preceded in death by his wife of 52 years – his beloved Carmen – in 2017.  He was preceded in death by his parents Fred and Verlon Pool, as well as brother-in-law Don Turnlington earlier this year.  He leaves behind two brothers and sisters-in-law Donald (Shirley) Pool and David (Patsy) Pool.   He leaves behind two sisters in-law, Georgann Turlington and Judy (Malcolm) Henderson.    His nieces on the Pool side include Cynthia Pool, Sherri (Darrell) Melear, and Karen (Larry) Jacks.  His nieces and nephews on the Altenburg side include Melanie (Brent) Amundson, Amy (Sam) Chambers, Kyle (Young Hae) Turlington, and Matthew (Beth) Henderson.   He was blessed with ten great nieces and nephews and for great-great nieces and nephews.

A celebration of life memorial service will be held on Sunday, October 27th at Memorial Chapel at Restland Funeral Home & Cemetery, 13005 Greenville Avenue in Dallas.  Visitation for friends and family will be prior to the service beginning at 1:30 p.m. until the service starts at 2:30 p.m.

In lieu of flowers, Jim has requested that donations in his memory be made to Joni and Friends of Texas .