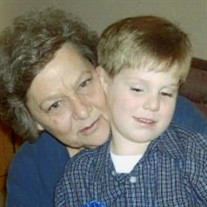 Brenda Lou Smith Cochrane was born in Dallas, Texas on June 6, 1947 (six minutes before her twin sister Linda Sue) to Wylie Beckman Smith Sr. and Lavilla Christine Houston Smith. She passed from this earth on Monday, January 10, 2022 at the age of seventy-four. She is survived by her two children Martin Jason Cochrane and Kacy Christine Cochrane; her grandchild Sean Tyler Hamilton; her mother Lavilla Christine Smith; her sisters Linda Sue Anderson and Vickey Elaine Dees; her brother Wylie Beckman Smith Jr.; and a multitude of aunts, uncles, nieces, nephews, great nieces, and great nephews. She is preceded in death by her husband Royland Kay Cochrane, and her father Wylie Beckman Smith, Sr. Brenda was a faithful loving wife to her high school sweetheart, Royland, for 31 years until his death in 1998. Brenda and Royland resided in Garland, Texas for most of their married life, where they raised their two children Martin and Kacy. Brenda grew up in Seagoville, Texas graduating high school in 1966. Shortly after graduation she began working as the office manager for Dr. James C Williamson, D.O. It was a joint family endeavor working for “The Doctor” as her mother was his clinic nurse and her sisters also worked in the office at times. She remained in this position until Dr. Williamson’s clinic closed in 1989. Brenda’s love for children (as everyone who knows her can attest many times over) was the mitigating factor for her next career path, as she began an “at-home” daycare in her home, which she maintained for several years. Brenda was a natural caregiver - always taking care of “her” people even when it was inconvenient. She took diligent care of her mother throughout the years following her father’s passing. Her children and grandchild can retell countless numbers of times she sacrificed to care for them during the course of their lives. Whether family, extended family or friend, all have multiple personal stories of how Brenda’s caregiving heart and abilities impacted them lastingly and positively. Hers was a life well lived in pursuit of taking care of others. She will be forever remembered as a loving, caring, no-nonsense, go-getter who could solve the problem efficiently with an engaging “chuckle” laugh. Brenda will be interned at Restland Memorial Park with a graveside service on February 5th 2022. In lieu of memorials please donate in her name to the American Cancer Society.

Brenda Lou Smith Cochrane was born in Dallas, Texas on June 6, 1947 (six minutes before her twin sister Linda Sue) to Wylie Beckman Smith Sr. and Lavilla Christine Houston Smith. She passed from this earth on Monday, January 10, 2022 at the... View Obituary & Service Information

The family of Brenda Lou Cochrane created this Life Tributes page to make it easy to share your memories.

Send flowers to the Cochrane family.