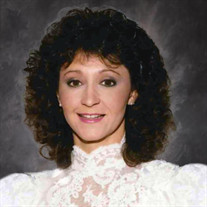 Cheryl Lynn Kacvinsky, 65, went to be with the Lord on Monday, April 4th in Grapevine, Texas. She was born on September 28, 1956 in Fort Smith, Arkansas to Sidney Lon Gross and Mary Hughleen where she was raised until the family moved to Richardson, Texas in 1969. She married the love of her life, Timothy James Kacvinsky, on August 1, 1987. After marrying in Dallas, TX, they welcomed their only child Peyton Henry on July 12, 1990 and then moved briefly to Joplin, Missouri for Tim’s work before moving back to Trophy Club, Texas to raise Peyton closer to Cheryl’s family. Cheryl graduated from JJ Pierce High School (Richardson, TX) in 1974, and worked various positions before beginning a career in sales with her father’s business. After returning from their time in Joplin, Cheryl began what would be a 24 year career in Administration with Northwest ISD, one of the largest school districts in the metroplex. In 2020, Cheryl retired to enjoy spending more time with family and hunting her next big bargain, whether jewelry or furniture. She was a devoted wife, mother, and "Sherry", who loved her family, especially her great nephews and nieces, and friends. Cheryl is preceded in death by her parents, Sid and Hughleen Gross. She is survived by her beloved husband of almost 35 years, Tim Kacvinsky, her son, Peyton Henry and his girlfriend Alisha of Justin, TX; her best friend and sister Lisa Zadow and her husband Doug of Melissa, TX; nieces, Sydney Williams and her husband Joe Ryan of Aledo, TX and their children, Judson, Bishop, Rowan, and Hogan; Shelby Guthrie and her husband Aaron of Argyle, TX and their children, Reid, Rhett, and Sutton; Skyler Ammons and her husband Gaston of Melissa, TX and their child, Palmer; two uncles, Buddy Peoples of Fayetteville, Arkansas, and Keith McKenzie of Rockingham, North Carolina; in-laws, Ron and Hillary Kane of Healdsburg, California, Gerald and MaryAnne Dean of Commerce, Michigan, and Bob Kacvinsky of Westland, Michigan; and several cousins, nieces, and nephews from out of state. Visitation will be held from 6:00 – 8:30 pm on Friday, April 8th at Restland Funeral Home and Memorial Park, 13005 Greenville Avenue, at Restland Road, Dallas, TX 75243. A Graveside Service will be held at 3:30 pm on February 9th at the cemetery in Melissa, TX. Funeral arrangements have been entrusted to Restland Funeral Home and Memorial Park, 13005 Greenville Avenue, at Restland Road, Dallas, TX 75243. In lieu of flowers, donations can be made to the American Diabetes Association, American Cancer Society, St. Jude Children’s Research Hospital, or your local animal shelter

Cheryl Lynn Kacvinsky, 65, went to be with the Lord on Monday, April 4th in Grapevine, Texas. She was born on September 28, 1956 in Fort Smith, Arkansas to Sidney Lon Gross and Mary Hughleen where she was raised until the family moved to Richardson,... View Obituary & Service Information

The family of Cheryl Lynn Kacvinsky created this Life Tributes page to make it easy to share your memories.

Cheryl Lynn Kacvinsky, 65, went to be with the Lord on Monday,...

Send flowers to the Kacvinsky family.