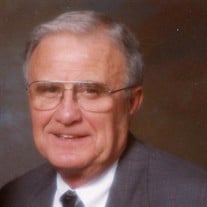 David Bloomer was born in Wyandotte, Michigan on January 4, 1934. He married Nancy Begemen Bloomer on December 26, 1952. They had two sons, Mike Bloomer and Mark Bloomer, four grandchildren, and 12 great grandchildren. He served in the Air... View Obituary & Service Information

The family of David Bloomer Jr. created this Life Tributes page to make it easy to share your memories.

Send flowers to the Bloomer family.