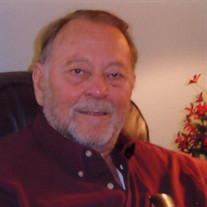 DON MORRIS WEBB, 92, lived a rich and full life and passed away on February 15, 2022. He was born September 9, 1929, to Stanley Thomas and Blanche Irene Webb in the part of Oak Cliff known as the Bishop Arts District. He was raised in Kessler Park and lived in Dallas his entire life. Don graduated from Sunset High School and maintained lifelong friendships with many of the alumni. He was a proud member of the Corps of Cadets at Texas A & M University where he earned a Bachelor of Science in Chemistry. Don served his country in the U.S. Army as a First Lieutenant, Infantry and Communications Security from 1951 to 1953, and thereafter in the U.S. Army Reserves. His first career included 37 years at Lone Star Gas Company where he worked in the Compressor Department of the Transmission Division and the Systems Control Department. While working for Lone Star Gas, Don organized and cofounded Texas Excavation Safety System (TESS), a damage prevention and safety program for owners and operators of buried underground facilities, which is still widely used today. He was also a lifelong member of the Dallas Junior Chamber of Commerce, moving to the rank of "Exalted Rooster" in later years. After his retirement, Don grew a beard, bought a pickup truck, and began his second career which included going back to school to obtain a degree to become a paralegal, working for H&R Block Tax Services, and volunteering at the Dallas Arboretum as a docent in the Degolyer house in addition to being a historian for the Degolyer Estate. Don also volunteered at SCORE, the Service Corp of Retired Executives, where he counseled with and put on seminars for men and women who wanted to start their own businesses. Don enjoyed interacting with a variety of people and situations where he felt he could be of service, and he was always "on the go." Don is preceded in death by his parents; his first wife, Jane, the mother of his three children; his sister Pat (Aunt Tris) and brother-in-law Tom Dawson; and his son-in-law, Bill Lindsay. He is survived by his devoted wife, Lois (LP) Webb; his daughter Pamela Reese and her husband George; his son Douglas Webb; his daughter Julia Lindsay; and his bonus children, Tracey Kruse; Kelly Hennessy; and Martin Hennessy and his wife Nicole. He is also survived by eight grandchildren (George, Adam, Lara, Hannah, Travis, Emily, Kate and Cameron), four great grandchildren (Cameron, Jameson, Madelyn and Abigail), plus one on the way, as well as extended family and friends. The family wants to thank his special caregivers for their love and dedication to his care and comfort. A celebration of Don's life will be held at Wildwood Chapel at Restland Funeral Home and Cemetery at 13005 Greenville Avenue on March 24th with burial to follow at Restland. In lieu of flowers, the family requests that memorial donations in Don's name be made to the Dallas Arboretum and Botanical Garden at 8525 Garland Road, Dallas, TX, 75218.

DON MORRIS WEBB, 92, lived a rich and full life and passed away on February 15, 2022. He was born September 9, 1929, to Stanley Thomas and Blanche Irene Webb in the part of Oak Cliff known as the Bishop Arts District. He was raised in Kessler... View Obituary & Service Information

The family of Don M. Webb created this Life Tributes page to make it easy to share your memories.

DON MORRIS WEBB, 92, lived a rich and full life and passed away...

Send flowers to the Webb family.