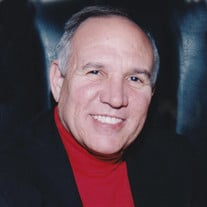 Mr. Douglas Raymond Frye, age 73, passed away on Saturday, October 16, 2021, in Dallas, Texas. He was born to Mr. Donovan Frye and Ms. Jean Frye on May 9, 1948, in Fort Worth, Texas. Doug attended South Garland high school, Honor graduate in the first graduating class of South Garland High School in 1966. Served as Captain of the football team, played both offense and defense and received district honors for both. Went on to play football at Prairie College where he was awarded “All Conference Honor Award”, then onto the University of Texas where he graduated with a BBA in 1970 in in Finance Accounting and went on to be a CPA. Proudly served his country for six years in the TX Air National Guard. Later in professional life purchased and ran Doc Jackson Auto insurance which he later sold and retired and stayed active in the stock market. Doug was active in ministries at both church and served in the prison ministry as well. Lifelong fan of Texas Longhorns and Dallas Cowboys and was always proud to have worked for the company that built the original Cowboys stadium. Douglas leaves to cherish his memories: wife, Lynn Frye; children, Brandon Frye and wife Mindy, Blake Frye and wife Marty, Rob Pulley and wife Amie, Joseph Ellis, and Richard Ellis and wife, Breanne; grandchildren, Ashley Frye, Bailey Frye, Ellie Frye, Mackenzie Frye, Korben Frye, Kamden Frye, Avery Pulley, Emme Pulley, Keaton Pulley, Lucy Pulley, Dylan Ellis and Landyn Ellis. Visitation for Mr. Douglas Raymond Frye will be Tuesday, October 26, 2021 at 1:00 PM in the Memorial Chapel at Restland Funeral Home. A Service will be Tuesday, October 26, 2021 at 2:00 PM in the Memorial Chapel at Restland Funeral home. Funeral arrangements for Mr. Douglas Raymond Frye have been faithfully entrusted to Restland Funeral Home and Cemetery, which is located at 13005 Greenville Ave., at the intersection of Restland Road, Dallas, Texas 75243, and can be reached at (972) 238-7111.

The family of Douglas Raymond Frye created this Life Tributes page to make it easy to share your memories.

Send flowers to the Frye family.