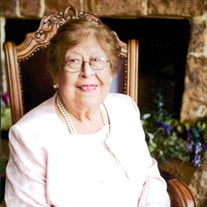 Emma Ramirez, from Piedras Negras, Coahuila Mexico, entered eternal rest peacefully in the presence of her son, on March 11, 2022, in Dallas, Texas, at the age of 95. She was a devoted wife, loving mother, grandmother, great-grandmother, and aunt. She was born on September 26, 1928, in Dr. Arroyo, Matehuala, Mexico to Catalina Torres Cervera and Benito Berrones of Dr. Arroyo, Mexico. Growing up in Piedras Negras, her fondest memories are of her beloved grandmother Panfila, who cared for her and her brother and sister. Her grandmother was Emma’s strength and role model and as she grew older, Emma gladly cared for her. Panfila passed soon after Emma had her first daughter. Emma is preceded in death by beloved husband Isidro Saul Ramirez, her grandmother Panfila, mother Catalina Torres Cervera, father Benito Berrones; her granddaughter Isabel Ramirez, her brothers Beto and Tacho Cervera Torres, and infant sister Enriqueta Cervera Torres. Emma attended high school in Piedras Negras and found employment in an office where she had secretarial duties and responsibilities. She met Isidro Saul Ramirez, the love of her life, and after a long courtship, they married in 1951. Soon after, they began a family. Their dream was to move to Texas where Isidro was working as a brick mason. He entrusted the duties of the household to her where she ensured that her family of four were well taken care of. Emma prepared her children for the new challenge that they were about to embark on. She sent her children to school to learn how to speak English. Although they would greatly miss their family, they both knew that there were more opportunities for their children in Texas. With hesitation, in 1962, the family left Piedras Negras and moved to Dallas, where she lived for sixty years. They became members of St Edward Catholic Church where they attended for many years. Her family was first and foremost in her life. Her children recall their mother as being fiercely protective of them, determined to have them succeed, stubborn and feisty at times, however she always had their best interest in mind. She walked them to school every morning, even on holidays! It took awhile for her to understand the school calendar and make sense of their new world. She sacrificed all luxuries to provide for her family, even if it meant that she would give up her desire to work outside the home. Isidro and Emma valued education and they encouraged their children to graduate from high school and continue until they reached their goals in life. She was very proud of all of them and participated as much as possible in school activities. Her children remember their friends coming over and commenting on her delicious tortillas, but she worried that their friend would get sick from eating too many of them. She loved the Dallas Cowboys and would prepare meals on Saturday to be ready for the big game on Sunday. She and her husband Isidro were married for 34 years, until his unexpected passing in 1985. She was the anchor for her family and her strength during this time of grief, was tremendous, which helped the family cope with the loss of their father. Emma was an avid gardener who love to nurture and watch plants grow. Her sons were not as excited because she had them doing hard labor digging holes for all her plants. She enjoyed cooking for her family. Her family looked forward to going home from work or school to the smells of her kitchen and the delicious guisos. She also enjoyed sewing, crafting, and spending time with family. Emma was a devoted mother, but nothing gave her more joy than being a grandmother. She was known to her family as “Guelita.” She cared for each one of them deeply and were all very special to her, for she loved them unconditionally. She was a very determined person and could at times be stubborn and feisty, Her first granddaughter Brandie, that was born with disabilities, has always held a special place in her heart, as well as little Isabel, that passed away as an infant. All her grandkids were the joy of her life. She was very excited when she became a great-grandmother to Christian, son of her granddaughter Magdalena. She looked forward to his visits and played with him like she had with all her other grandkids. Love best describes “Guelita” and how she felt about her family. She felt immensely blessed and proud of her four children and their accomplishments. “Guelita,” knew that she was loved and will be deeply missed. Emma is survived by her children Emma Leticia Ramirez Bell and her husband Philip, granddaughter Brandie of Alington; son Mario R. Ramirez, wife Susanna of Grand Prairie, grandson Eric and his wife Bonney of Ft. Worth; son Saul Isidro Ramirez, wife Ruth, grandson Isidro, granddaughter Magdalena and great-grandson Christian of Dallas; daughter Maria Barton of Dallas and grandson Michael of San Antonio, her sister Maria Luisa Cervera Torres Garcia of Mexico, her brother Rogelio Cervera Torres, wife Alicia and nieces Norma, Martha, Laura, and Alejandra of Nuevo Laredo, Mexico and their families; niece Sylvia Salazar and family of Mexico. Celebration of Life Service will be held on Sunday, March 27, 2022.

Emma Ramirez, from Piedras Negras, Coahuila Mexico, entered eternal rest peacefully in the presence of her son, on March 11, 2022, in Dallas, Texas, at the age of 95. She was a devoted wife, loving mother, grandmother, great-grandmother, and... View Obituary & Service Information

The family of Emma Ramirez created this Life Tributes page to make it easy to share your memories.

Send flowers to the Ramirez family.