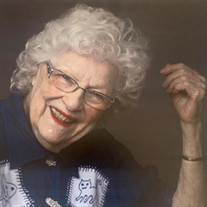 GeniA P Milton November 24, 1926 – March 22, 2022 Born in Fort Worth to Anna Lee and A P Sprinkle, and raised in Brownwood, TX, GeniA P Milton played piano and organ professionally and as a volunteer for decades. She attended high school and junior college in San Diego, CA during WWII while her father was in the Navy. Demonstrating a natural gift for the piano at a young age, her career began while still in junior high performing on a 7:00 a.m. radio show in San Diego called “The Dawn Patrol.” She performed the Tchaikovsky B Minor Piano Concerto with the Los Angeles Philharmonic Orchestra while still in high school and later performed with the Chicago Symphony Orchestra. Milton was classically trained at The Julliard School in New York as a student of Madam Olga Samaroff, wife of Leopold Stokowski. During World War II, her teacher fell ill, and GeniA started playing clubs under the name “Ginger”, never returning to school. She was also a featured weekly artist on the Arthur Godfrey Radio Show in New York. After meeting and marrying her husband, Raymond Milton, for what would be 59 years, they moved to South America for his job. Upon returning to the States, they moved to the Dallas area in the early 1950s. GeniA soon joined the Judy Peacock Trio, playing at the Preston Hollow Country Club and gigging throughout the state. She also managed the main Roger Williams Piano Studio. She loved playing keyboard with her son and his friends in the band “Mom and the Boys”. GeniA volunteered for nearly 10 years, playing piano at Texas Health Presbyterian Hospital Dallas well into her 80’s. GeniA was preceded in death by her parents, husband Raymond, and sisters Mary Frances, Louise and Dora Lee. She is survived by daughter Roxanne, son Joe, his wife Linda and granddaughter Loralai as well as much loved cousins, nieces and nephews as well as canine and feline grandchildren. Her other interests included bridge, gourmet cooking, travel, concerts and theater, puzzles, sewing and crafts, and entertaining family and friends. In lieu of flowers, donations may be made to the Alzheimer’s Association in GeniA’s memory via website, phone or mail: Alzheimer’s Association P.O. Box 96011, Washington DC 20090-6011 800-272-3900

GeniA P Milton November 24, 1926 &#8211; March 22, 2022 Born in Fort Worth to Anna Lee and A P Sprinkle, and raised in Brownwood, TX, GeniA P Milton played piano and organ professionally and as a volunteer for decades. She attended high school... View Obituary & Service Information

The family of GeniA P Milton created this Life Tributes page to make it easy to share your memories.

Send flowers to the Milton family.