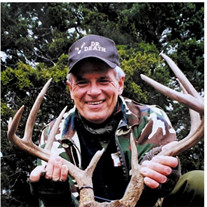 George Ronald “Ron” Adkins of Dallas, Texas passed away February 14th, 2022 after a brief illness at the age of 80. His death on Valentine’s Day was fitting as he had a quick smile and a word of encouragement for anyone whose path he crossed. He was born on August 28, 1941 in Shreveport, Louisiana to Martin Douglas Adkins and Eulyne Morgan Adkins of Shongaloo, who preceded him in death. His brother Robert Morgan Adkins also preceded him in death. He is survived by his wife of nearly 55 years, Alice Faith Adkins, as well as his three sons: Alex (Kim) of Monroe, NC, Micah (Rachel) of Carbondale, CO, and Andrew, along with his older brother, Douglas Morgan Adkins (Carole) and sister-in-law Suzette Adkins, all of Dallas. He was the (very!) proud grandfather of Graysen, Mason, Campbell, Maddie, Caleb, Rhett, Hayes, Blaire, and Rayne. He had numerous nephews, nieces and great- nephews and nieces with whom he had strong bonds and constant communication. Ron served in the United States Army and Louisiana National Guard as an information specialist prior to attending college. He graduated from Southern Arkansas University with a degree in marketing in 1968 and then married Alice Faith Hartiens in Lafayette, Louisiana. The couple moved to Dallas where Ron soon began a career with Campbell-Taggart, becoming one of the youngest Vice Presidents in the organization’s history. Ron also served as the President of Moody-Day and later guided the launch of professional indoor soccer in Dallas as the General Manager of the Dallas Sidekicks. Ron briefly relocated to the Carolinas where he managed commercial bakeries for Sunbeam. He then returned to Dallas where he retired after stints in both the RV and automotive industries. His leadership as an executive was marked by his pure joy in seeing others succeed. Ron came to know Christ at a young age and became a lifelong servant of the Lord. A longtime member of Northway Baptist and later Parkway Hills Baptist churches, Ron served in a variety of capacities including Chairman of the Deacons and Adult Sunday School Teacher. It was as a teacher that Ron truly enriched the lives of others. He was an earnest student of the Bible and devoted countless hours to preparation and bringing the text to life through practical application. As an ordained chaplain, he officiated weddings and counseled countless people through challenges and valleys in their lives. He had a deep desire to share the love of Christ and great empathy for those facing personal struggles. Ron was an unabashed outdoor fanatic and spent years in pursuit of fish and game across Texas and the Southeast. He loved teaching family and others how to hunt and fish and happily shared his time and skill to help others enjoy the pursuit as much as he did. He was an accomplished outdoor author and wrote published articles in various outdoor magazines. He never missed an opportunity to jump in a truck and take his boys hunting and fishing – a fact they will never forget. The family will hold a Celebration of his life at Parkway Hills Baptist Church on Friday, February 18th, 2022, at 2pm, 2700 Dallas Parkway, Plano, Texas 75093. Pastor Sam Dennis will officiate assisted by Senior Pastor Josh Allen. Family and friends are invited to gather immediately after at the church. Flowers may be sent to Parkway Hills in advance of the funeral. In lieu of flowers, donations can be made to Parkway Hills Baptist Church in memory of Ron Adkins or to the charity of your choice. Special thanks to Keisha and Bridgette at The Legacy at Midpark for their exemplary care of Ron in his final days.

George Ronald &#8220;Ron&#8221; Adkins of Dallas, Texas passed away February 14th, 2022 after a brief illness at the age of 80. His death on Valentine&#8217;s Day was fitting as he had a quick smile and a word of encouragement for anyone whose... View Obituary & Service Information

The family of George Ronald "Ron" Adkins created this Life Tributes page to make it easy to share your memories.

Send flowers to the Adkins family.