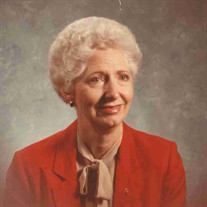 HELEN J, (WRIGHT) RICE Helen was born on July 6, 1933 to Luke and Ervil Wright. Luke was a steel worker and Evil was a cotton mill hand. She was a bright child that helped her mother in doing the regular house work. She knew at an early age that she wanted to do service work. She found her lives work in her HS junior year when she was offered the opportunity to participate in the High School Diversified Occupational. For two years, she attending school half days and the other half at Gadsden Hospital. There, she was known as the Bed Pan Nurse and Helen knew that she would become a nurse. In Birmingham, AL, Helen attended Jefferson County Hospital (JCH) Nursing School which was affiliated with U of A. graduated, passed her boards and was licensed to work anywhere in the US. For a while, she worked for an Obstetrician, assisting in delivering babies. She grew tired of arising in the middle of the night and delivering babies and returned to JCH as an Operating Room Scrub Nurse (ORSN). Working there a short time as a ORSN, she became the assistant OR supervisor and worked with a team to develop a Heart Lung Machine. The hospital supervision realizing her potential, offered her a grant to obtain a BS degree, she accepted and got her BS with honors at U of A. Upon completing her education, she returned to Birmingham as Children's Hospital Director of Operating Room. During this period of time, Helen met and married Donald R Rice a technical writer for Hayes Aircraft on September 8, 1956. Don and Helen could not have children so they adopted a 5-month-old girl (Teresa (1963)) the cutest baby in the world. Helen remained at home for two years before returning to work at Huntsville Alabama Hospital (HAH) as an ORSN. Shortly thereafter, she was promoted to HAHOR supervisor. Later, President Kennedy decided that NASA would be moved from Huntsville to Mississippi (1968) and for each government worker laid off, three private contractors would be laid off. This turned out to be a good thing as Don found a job with TV in Grand Prairie, TX. Helen sent her resume to Parkland Hospital, Dallas, TX and was offered Assistant superior of the OR: which she accepted. The OR director moved away, and Helen became OR Director. She kept that job for 20 years and in 1988 retired at the age of 55. Upon retirement, she became a leader in Bible Study Fellowship, worked in the clothes closet and food pantry at Irving Cares, and delivered Meals on Wheels. In 2020, she developed health problems and had to quit working. Then on May 2, 2022, God decided to take her home. She was greatly loved and will be missed by her many friends and her family. Helen leaves to cherish her loving devoted husband of 56 years, Donald R. Rice, 1 loving daughter Teresa Hinds and one Son-in-law, Jerry Hinds. She also leaves 2 brothers Bill Wright (Dana) and Sonny Wright (Billie). One step sister Saundra Culver, 3 grandchildren Brandi Hinds Fabio, Jim Fabio and Justin Hinds. And 3 great grandchildren, Elizabeth Renee Fabio, Brynlee Kate Fabio and Ashlyn Grace Fabio. As well as a host of cherished loved ones and friends. Visitation for HELEN J, (WRIGHT) RICE will be Friday, May 6, 2022 at 10:00 AM at First United Methodist Church 211 W 3rd St, Irving, TX 75060. A Service will be Friday, May 6, 2022 at 11:00 AM at First United Methodist Church

HELEN J, (WRIGHT) RICE Helen was born on July 6, 1933 to Luke and Ervil Wright. Luke was a steel worker and Evil was a cotton mill hand. She was a bright child that helped her mother in doing the regular house work. She knew at an early age... View Obituary & Service Information

The family of Helen J (Wright) Rice created this Life Tributes page to make it easy to share your memories.

Send flowers to the Rice family.