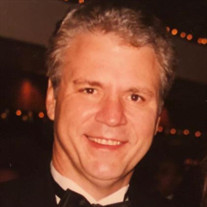 Jack Chase, 75, passed away at his home in Carrollton, Texas, with his wife Liz and son Nathan by his side, on Monday, February 28, 2022. Jack was born in 1947 in Omaha, Nebraska to Nathan and Jane Chase. His heritage is part American Indian (father’s side) and part Italian (mother’s side). He has an older brother Dick, and twin sisters Jan and June, (whom he and his brother loved to torture with his obnoxious pranks). The family moved to Urbandale, Iowa in 1956. When he was about 12 yrs old he taught himself to play the steel guitar and would perform on weekends at recitals. The song “Sleepwalk” by Santo and Johnny was one of the first songs he learned to play, and remained one of his all time favorite songs. He attended Urbandale High School up until his junior year. Then moved to Webster City High School where he graduated. Jack joined his big brother Dick when he formed a band called The Mad Hatters. Here he helped write songs, played guitar and sang his one-hit wonder “Her Love” on the IGL record label. Jack also had another one-hit wonder called “My Wild Hawaiian Shirt” which he composed in his later, much later, years. During the late ’60’s, Jack would often visit a small record store in a local shopping center in Urbandale. He would frequent the store so often that the store manager offered him a job. A buyer for CBS Records came across Jack’s resume and called Jack and offered him a sales representatives job in the Minneapolis marketing area with CBS/Epic Records. He was 24 yrs old, and was on his way to becoming a Record Label Executive for a leader in the record industry, Sony Music. He got to rub elbows with some the biggest recording artists beginning in the 1970’s thru his retirement from Sony Music in 2003. But it was meeting Jimmie Vaughan and his brother Stevie Ray Vaughan from Oak Cliff, Texas, that cemented a business relationship to a lifetime friendship. Jack had the privilege of playing his steel guitar with Jimmie’s band The Fabulous Thunderbirds several times on stage. It was one of his favorite memories. He was instrumental in getting Stevie Ray Vaughan signed with Epic Records in 1983 after he suggested pulling him off a David Bowie tour to showcase his skills as a frontman to his band SRV & Double Trouble. While Jack was in San Francisco, he and his branch helped launch the band Journey. In Texas, Jack and the Southwest Branch helped launch Stevie Ray Vaughan and Double Trouble, and The Dixie Chicks, among others. Go back in time with me when during the music industry’s better days, there were in-stores, promotions, contests, merchandising, albums, singles and CD’s, and back-stage guest lists. Jack ran a fine-tuned, mean-machine. When singer Ricky Martin had his big hit in 1999 “Living La Vida Loca”, the in-store at Northpark Mall in Dallas was fan-crazed. Jack rode with Ricky to the mall, and when their limousine pulled up, a frenzy of screaming girls surrounded the car. Jack was instantly turned into security mode and safely got Ricky into the store. In 1984, Michael Jackson’s Manager called Jack at the CBS office in Dallas and invited some of the employees to come to the Hilton Anatole Hotel to meet Michael Jackson, in his hotel room and take photos. He also signed copies of his album “Thriller.” When the Southwest Branch had sales meetings in New Orleans, Jack had first-class accommodations for his people, and lovingly took them down Bourbon Street to admire intoxication at its best. It was not uncommon to eat at the best restaurants there, leaving it all in the capable hands of one of his favorite administrators Ann, to order food for 40+ people. One time she ordered dessert for everyone but everyone was eager to go play and didn’t touch it. Leave it to Jack to stay behind with Ann and a few others to eat that nice dessert. Jack became a born-again Christian after marrying his wife Liz, the love of his life. They married on February 1, 1997 in Irving, Texas and had just celebrated their 25th wedding anniversary. Jack and Liz are members of Stonebriar Community Church in Frisco, TX. Jack was an avid Nebraska Cornhuskers and Dallas Cowboys football fan, loved classic cars, antiques, vintage Lionel trains, and his steel guitar. His proudest accomplishments are his children and he relished his role as a father to Deidre, Nathan, Lynn and Lonnie. Some nicknames: Jackie, Cat Daddy, the Big Cheese, Jackson, Mr. Record Man and Uncle Cricket Face. He loved birds, dogs and horses, and hated squirrels. While driving, he never slowed down but instead gassed it if a squirrel dared to cross the street. (sorry PETA). He was preceded in death by his father Nathan Chase, mother Jane Chase, daughter Deidre Estes (Ken), brother Dick (Sue), and sister Jan Nelson (Bruce). Jack is survived by his wife Elizabeth, children Nathan Chase, Lonnie and Lynn Hartsock, sister June Westphal (Steve), grandchildren Tanner, Emily, Shelby and Hunter Hartsock, and great grand-child Cohen Touch, nieces Stephanie Callahan (Jeff), Holly LaFavor (Tim), Samantha Westphal-Schram, Bonnie Keating, and nephews Greg Reeson (Michelle), Erik Nelson, and Richard Chase (Rachel), and all their children. The Villanueva family namely Eduardo, Evangelina, Mary, Eddie, Pam, Angie Hipps, and their children and grandchildren, were part of Jack’s Texas family whom he loved. A Celebration of Life will be held at Restland Funeral Home in Dallas, TX on Friday, March 25th in the Memorial Chapel. Visitation from 1-2pm. Service from 2-3pm. Reception following burial at the home of Jack, Liz and Nathan Chase. In lieu of flowers, the family requests you go have a tequila shot and talk about Jack and his antics. Seriously, what would have made him happy are donations to St. Jude Childrens Research Hospital.

Jack Chase, 75, passed away at his home in Carrollton, Texas, with his wife Liz and son Nathan by his side, on Monday, February 28, 2022. Jack was born in 1947 in Omaha, Nebraska to Nathan and Jane Chase. His heritage is part American Indian... View Obituary & Service Information

The family of Jack Dale Chase created this Life Tributes page to make it easy to share your memories.

Jack Chase, 75, passed away at his home in Carrollton, Texas,...

Send flowers to the Chase family.