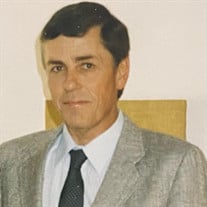 Jack Walter Parker, Sr. passed away on the afternoon of Sunday, March 6, 2022 at the age of 81. After a long battle, he found peace and mercy surrounded by family. He is survived by his loving wife of 44 years, Linda Parker; his three children, Deanna Featherston, Jack Parker, and Larry Tiner; his two daughters-in-law Mindy and Ashley; and his son-in-law Cliff. He’ll forever be remembered by his grandchildren, Michael, Kayla, Cori, Amanda, Preston, Samantha, Makenzie & MaKayla. He also leaves behind numerous great grandchildren, a loving extended family and a loyal group of friends and brothers from the Richardson Fire Department. Jack was born in Dallas, Texas to parents Edna and Lee Lowry Parker, Sr., who preceded him in death. The youngest of six children, he graduated from Crozier Tech High School in Dallas and eagerly went on to report for duty for the Richardson Fire Department in August, 1967. Captain Jack Parker gave unsparingly of himself to protect the lives and property for the citizens of Richardson. He was an everyman hero in that he put countless lives ahead of his own. Like most firemen he routinely had to go into dark, fiery places the rest of us dare not go, but go he did in order to protect and serve his fellow man. During this time, he was ever the dedicated and tireless father. He always made time to spend with his children, whether supporting their many activities or vacationing in the summers. After more than three decades of active fire duty, Captain Jack Parker began his well earned, long-deserved retirement from the Fire Department. Enjoying retirement, Jack and Linda traveled extensively for a number of years to amazing places and made new friends along their journeys. When asked how he wanted to be remembered, he wrote down, “When you remember me, I pray you'll recall a happy soul, who loved his family and loved being a fireman.” Jack Parker was a leader, husband, father, coach, provider, protector and fireman. God has taken home one of the good guys. May he Rest In Peace. The family invites you to leave a remembrance of Jack on this webpage by clicking on the link "Add A Memory" below. In lieu of flowers, the Parker family encourages support for the National Fallen Fire Fighters Foundation. For more information go to www.firehero.org --Their mission is to honor and remember America’s fallen fire heroes, to provide resources to assist their families in rebuilding their lives, and work within the fire service community to reduce firefighter deaths and injuries.--

Jack Walter Parker, Sr. passed away on the afternoon of Sunday, March 6, 2022 at the age of 81. After a long battle, he found peace and mercy surrounded by family. He is survived by his loving wife of 44 years, Linda Parker; his three children,... View Obituary & Service Information

The family of Jack Walter Parker Sr. created this Life Tributes page to make it easy to share your memories.

Jack Walter Parker, Sr. passed away on the afternoon of Sunday,...

Send flowers to the Parker family.