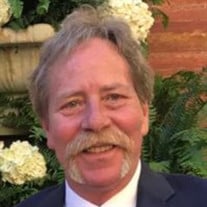 James “Jim” Adler of McKinney, Texas, passed away on April 22, 2022 at the age of 67. He was born on May 4, 1954 to Walter Adler Jr. and Geraldine A Conlon in Michigan. Jim graduated from W.T. White High School in Dallas, Texas in 1972, and went on to receive his Bachelors of Business Administration from Southern Methodist University in 1976. He then became a Certified Public Accountant working in Dallas, Texas. He met his former wife, Kathryn in Belmont, Massachusetts and they settled in Dallas, Texas and had their two children Megan and Michael. He was involved for many years in the Dallas chapter of CPA’s, and opened his own practice in 1989. He then continued his practice after moving to Fairview, Texas. He had a passion for the outdoors, and loved the times he spent hunting, fishing and camping with numerous friends and his children. He also loved coaching and watching his children’s sporting events, playing soccer and golf, and attending SMU tailgates and football games. He frequently told stories of his many adventures. Jim is survived by his children, son, Michael Adler; daughter, Megan McNeal and her husband Aaron; mother, Geraldine Adler; sister, Beth Adler; brother, John Adler and wife, Amy; nephew, Keith Adler and wife Madeline, niece, Grace Adler; and his grandchildren Jason, Audrey and Colin McNeal. He was preceded in death by his father, Walter Adler, Jr. A Celebration of Life will be held on Friday, May 20, 2022 at 10:00am in the Wildwood Chapel - located within Restland Memorial Park - 13005 Greenville Ave., Dallas, TX 75243. There will be a reception following the burial at the Event Center. In lieu of flowers, the family requests that donations be made to the Texas Parks & Wildlife Foundation at https://www.tpwf.org to honor Jim’s love of the outdoors, wildlife and the state of Texas.

The family of James "Jim" Adler created this Life Tributes page to make it easy to share your memories.

Send flowers to the Adler family.