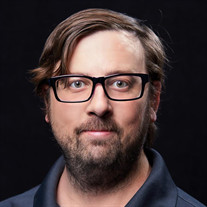 Jeffrey J. Herlevic, age 35, passed away on April 2, 2022 in Farmers Branch, Texas. He was born to Nichlous John and Wanda Herlevic on November 9, 1986 in Slidell, Louisiana. Jeffrey leaves his loved ones with unforgettable memories and experiences.... View Obituary & Service Information

The family of Jeffrey J Herlevic created this Life Tributes page to make it easy to share your memories.

Send flowers to the Herlevic family.