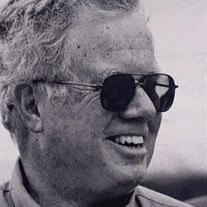 Jerry J. DeFeo, of Garland, Texas, passed away on April 1st, 2022 at the age of 75. He was born on August 6th,1946, in Miami, Florida. Jerry graduated from UT Arlington in Mechanical Engineering. His company, Jerry DeFeo Custom Home Designs- was what he loved to do each day for his livelihood. Jerry proudly served his community in Garland for over 40 years. He enjoyed helping with the Noon Exchange Club of Garland, served on the Board of Adjustments, and was the Executive Board Member of the New Beginnings Center. He was also blessed with his biggest honor as the National President of The Exchange Club, helped facilitate the Garland Labor Day Parade for the past several years, attended the Garland Citizen Police Academy twice, and was a member of Living Hope Baptist Church in Garland for the past seven years. Jerry had a passion for cars and motorcycles. In Miami, he competitively raced cars and even won the Florida State Pure Stock in 1965, 66’, and 67’. Racing Porsches and GTOs, being a part of the Porsche Club, and talking “cars” with anyone who would listen, were a lot of fun for him. Jerry was a world traveler and loved God, family, country, and his hometown of Garland. Most of all, Jerry professed Jesus Christ as his Lord and Savior a few years ago at his home and became a member of Living Hope Church. Jerry considered the Noon Exchange Club of Garland and his Living Hope Church family, his two favorite places to attend weekly to see his friends. Psalms 84:10: Better is ONE DAY in your courts than a thousand elsewhere…” Jerry is survived by his loving wife, Mary DeFeo; their children Angie McIntosh and husband Billy of Rockwall, TX, son Jerry DeFeo and wife Christi of Garland, TX, son Troy DeFeo and wife Jaime of Rowlett, TX, and Eric DeFeo and wife Wendy of Garland, TX. Jerry had ten grandchildren and one great-grandchild; Nicole, Lavonte, and Haven Childs, Sam, Megan, and Robyn McIntosh, Skylar and Sydney DeFeo, Savannah and Harrison DeFeo, and Camryn and Pearce DeFeo. Jerry's sister is Cherie married to Greg Prichard in Duluth, Georgia. He was preceded in death by his father Jerry and mom Cherie DeFeo. Funeral Services will be held at 10:00 am Saturday, April 9th, 2022, at Restland Funeral Home, 13005 Greenville Ave, Dallas, TX 75243, with Pastor Troy DeFeo officiating. There will be a private family prayer time at the mausoleum after the funeral. Then a lunch gathering for family and all close friends at Living Hope Baptist Church, 6310 Lyons Rd., Garland, TX 75043 at 1 pm to fellowship and celebrate Jerry’s life. To watch a video of the service please click the link: http://webcast.funeralvue.com/events/viewer/72050/hash:335390FCC7DE6E9A In lieu of flowers, the DeFeo family is asking you to consider giving to the Noon Exchange Club of Garland at: http://www.noonexchangeclubofgarland.org/ This is a special nonprofit organization that helps support child abuse prevention and youth programs here in Garland, TX that Jerry loved.

Jerry J. DeFeo, of Garland, Texas, passed away on April 1st, 2022 at the age of 75. He was born on August 6th,1946, in Miami, Florida. Jerry graduated from UT Arlington in Mechanical Engineering. His company, Jerry DeFeo Custom Home Designs-... View Obituary & Service Information

The family of Jerry J DeFeo created this Life Tributes page to make it easy to share your memories.