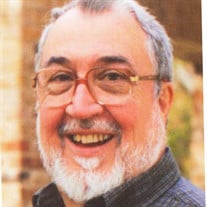 Dr. Jerry McGrew, age 88, passed away peacefully on Monday, March 21, 2022 in Plano, Texas. Jerry was a loving husband, father, grandfather, great-grandfather, brother, uncle and friend and was a shining light to all who knew him. He was born to Dr. Edward Nash McGrew and Ms. Madge Lowell Worley on Sunday, January 28, 1934, in Manhattan, Kansas. During his childhood, Jerry enjoyed adventures with his brother, teaching himself violin and creating cartoons for magazines including: Field and Stream, Life, Look, Saturday Evening Post, Male, Stag Men, Air Trails, and Boy’s Life. He even studied under the famous cartoonist, Charles M. Schultz. In 1957, Jerry graduated college with a degree in Medicine and married his wife, Virginia, shortly afterward. For over 35 years, Jerry practiced Ophthalmology in Richardson, Texas, performing eye surgeries at Presbyterian Hospital Dallas and was a member of the American Academy of Ophthalmology. He was a Lieutenant Colonel in the United States Army, stationed in Okinawa, where he performed eye surgeries on troops wounded during the Vietnam War. Following the return to his private practice, he also volunteered his surgical talents on mission trips to Haiti. Throughout his life, Jerry became an accomplished musician and artist. Jerry played the banjo, violin, mandolin, and harmonica. He was a member of the Dallas Banjo Band and played for many retirement and Alzheimer’s communities throughout Dallas. He was also an exceptional watercolor artist, painting cowboys, portraits, and many places he visited. He was a member of the Cowboy Artists of America and his works were published in the Watercolor Artists of America magazine. Jerry also loved telling jokes, making new friends, and always had a story to tell. Although Jerry was a very accomplished man, he stated his most proud accomplishment was his family. He enjoyed many adventures around the world with his beloved wife of 60 years by horseback, snowmobiles, glider planes, ships, trains and hot air balloons. They were also members of the Kissin’ Kuzzins Square Dance Club of Dallas for over 30 years. He also loved spending time with his grandchildren, teaching them how to fish at his lake house, traveling to new places, and skiing in Colorado. He is preceded in death by his wife, Virginia Ann McGrew. He will be sincerely missed by his son, David (wife Tressie); his daughters, Diane (husband Russell) and Cindy (husband Frank III); his brother, Dr. Robert McGrew (wife Jeannie); his grandchildren, Hannah (husband Branden), Molly, Stephanie, Rachael (husband Andrew), Frank IV, Adam, and Hadley; his great-grandchildren, Kinley and Kade; his niece, Amy and nephew, Ben. The services for Jerry will be held in the Memorial Chapel at Restland Funeral Home in Dallas on Tuesday, April 5, 2022. Services begin with the viewing at 1:00pm, followed by the funeral service at 2:00pm. In lieu of flowers, donations may be sent to the Retina Foundation of The Southwest. Contributions may be made online at www.retinafoundation.org or through Amy Johnson at 214-543-6533.

Dr. Jerry McGrew, age 88, passed away peacefully on Monday, March 21, 2022 in Plano, Texas. Jerry was a loving husband, father, grandfather, great-grandfather, brother, uncle and friend and was a shining light to all who knew him. He was born... View Obituary & Service Information

The family of Jerry Conrad McGrew, MD created this Life Tributes page to make it easy to share your memories.

Send flowers to the McGrew, family.