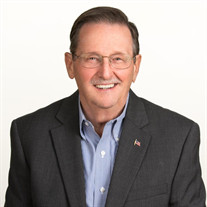 John Schimmer, Jr ran the race and finished well on April 30, 2022. He is now with his Lord and Savior. John was born July 2, 1933, in Chicago, Illinois, to parents John and Florence Schimmer. After high school, John attended Moody Bible Institute majoring in Bible and then attended Shelton College, in Ringwood, New Jersey, where he received a BA in Elementary Education and a BA of Religious Education. Upon graduation, John married his college sweetheart Janie Roper on June 7, 1958. John was also ordained in 1958 and served as interim pastor to several churches in the area. In 1962, John received his Master’s Degree in Administration and Supervision. During these years he served on the staff and faculty of Shelton College until taking a teaching position in the Ringwood, New Jersey school district eventually becoming Principal and then Superintendent. In 1973, John moved his family to Dallas, TX to become Headmaster at Trinity Christian Academy (1973 – 1978). While at Trinity, John took the young school through the accreditation process, and the move to the new campus in Addison, TX, its present home. His passion for TCA was to pursue true biblical integration in all areas and become a school that was distinctively Christian. In 1978, John was asked to become the South Central Director of the newly formed Association of Christian Schools International (ACSI). He would pursue and finish his Doctorate of Education during his tenure with ACSI. John was the co-founder of the Dallas Association of Christian Educators and President of the Texas Christian School Association. He was a member of the Texas private school association and the Oklahoma private school association and eventually President of the National Council pf Private School Accreditation. John and his family attended Northwest Bible Church during these years. John retired from ACSI after 27 years at the age of 71 to become a Christian School consultant and train Christian School Boards. He and Janie, traveled extensively overseas training teachers and board members for International Christian Schools with ACSI. John also served as an adjunct teacher at Dallas Theological Seminary, guest lecturer at Grace College and Seminary, Baptist Bible College in Pennsylvania, Southeastern Baptist Theological Seminary in Wake Forest and at Southwestern Assembly of God Seminary in Waxahachie, Texas. John and Janie attended Park Cities Presbyterian Church where John served as a deacon. In his free time, John enjoyed woodworking, gardening, his grandchildren and traveling. John was a loving and godly husband, father, grandfather and great-grandfather. He is survived by his wife of 63 years, Janie; 3 children, John David Schimmer, daughter Libby Madison (her husband Matt Madison), Jackie Harrison (her husband Kai Harrison); 7 grandchildren and spouses Collin and Brooke Madison, Kyle and Katie Madison, Jessie Harrison, Travis Harrison, Davis Madison, Hannah Schimmer, and Maggie Harrison; and 3 great-grandchildren Ellie Madison, Luke Madison and Savannah Madison. Visitation for John Schimmer Jr. will be Saturday, May 21, 2022 from 10:30 AM to 11:00 AM at Restland Funeral Home. Graveside Service will be Saturday, May 21, 2022 at 11:30 AM Restland Funeral Home Court of Good Shepherd. Funeral arrangements for John Schimmer Jr. have been faithfully entrusted to Restland Funeral Home and Cemetery, which is located at 13005 Greenville Ave., at the intersection of Restland Road, Dallas, Texas 75243, and can be reached at (972) 238-7111. In lieu of flowers, the family suggests donations to Trinity Christian Academy-student tuition aid or online to The Christian School at Castle Hills and select John Schimmer Memorial Fund, or mail to 2216 NW Military Hwy, San Antonio, TX, 78213

The family of John Schimmer Jr. created this Life Tributes page to make it easy to share your memories.

Send flowers to the Schimmer family.