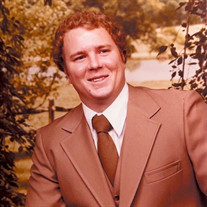 In Loving Memory John Robert Taylor, better known to his friends and family as “Bob, Mad Dog and Bob-O, passed away peacefully on April 8th, 2022 in Plano, Texas at Texas Health Presbyterian Hospital. Bob was born Feb 3, 1953 in Dallas, Texas and lived most of his life in the Dallas metroplex. He attended Justin F. Kimball High School in the Oak Cliff area of Dallas. He also attended the University of Texas at Arlington and the University of Arkansas where he earned a bachelor’s degree in English Literature and Health & Physical Education. He also received a certificate from the National Association of Rudimental Drummers. Bob was a man of many talents and had numerous hobbies. In his early years as a boy, he played every sport you could imagine which ultimately led to his passion for weightlifting. Bob was a member of the USA Powerlifting Team and the International Powerlifting Federation where he competed around the world. He once placed 3rd in the world in the Master’s division. Bob also began as a young boy playing the drums. He learned to read music and became an accomplished drummer for several bands and played in numerous venues across California, Nevada, Texas etc. He eventually settled for playing shows in the garage and watching his children and grand-children dance as they watched. Bob also was an avid fisherman. He learned from his father, who passed down the skills to him which ultimately turned into yet another passion. You would often find Bob fishing on a lake or ocean try to land a big catch. There was rarely a family vacation where a fishing trip wasn’t incorporated. As Bob would often say “My best catch is my wife, Janie!”. He met Janie in LA, California while touring with a band. Little did he know he would be sucked into the large Polish family she came from. They were married in Bell Gardens, CA on September 16th, 1977. Bob was a loving and devoted husband and father. He was dedicated to making her happy and establishing a stable foundation to build a family on. He was a true entrepreneur and wanted to follow his own path. Bob started and owned several small businesses and worked hard to provide for the family. He always made time to be involved in their lives either by coaching, being at games, taking family vacations and of course taking them fishing. Those who knew Bob best would remember him as a jokester. He enjoyed getting a rise out of people and you had to have a good sense of humor to understand him. He enjoyed revisiting old stories with his buddies and all he met over the years. He undoubtedly left a memorable mark on all who knew him, will be eternally remembered and will be missed dearly. Bob was preceded in death by his father Francis Gordon Taylor. He was survived by his mother Margaret Ann Taylor, his wife Janie Anna Taylor, his son Eric Taylor, daughter in law Brooke and their three boys Hudson, Boden and Knox. Also, his daughter Angela Weeks, son in law Nick and their two kids Brynlee and Brexon. Lastly, his sister Terri Ainley, brother-in-law Mike and their 2 children Brian Ainley, Sarah Nicholson and their 5 grandchildren. The Taylor family will receive friends at Restland Funeral Home on Saturday April 30th, 2022 at 10am. The service will be held in The Wildwood Chapel located within the Restland Funeral Gardens. Restland address is 13005 Greenville Ave, Dallas, TX 75243 & ph# 972-238-7111. website address is, https://www.restlandfuneralhome.com/

In Loving Memory John Robert Taylor, better known to his friends and family as &#8220;Bob, Mad Dog and Bob-O, passed away peacefully on April 8th, 2022 in Plano, Texas at... View Obituary & Service Information

The family of John Robert Taylor created this Life Tributes page to make it easy to share your memories.

Send flowers to the Taylor family.