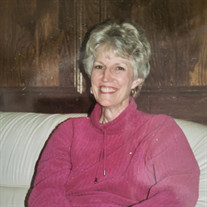 Judy was born on Jun 9, 1938, into the loving family of Dr. Earl Love Carter, MD and Elaine McDonald Carter in Dallas, Texas. Her family was very close, and she loved growing up in Lakewood and all that the area had to offer. She attended Lipscomb Elementary, JL Long Jr High, and Woodrow Wilson High School, class of 1956. In the fall of 1959, Judy graduated with a BA from SMU, and then attended graduate school at UT Austin. In 1961 Judy returned to Dallas to help care for her grandmother. During this time Judy attended class at SMU and received her teaching certificate in the fall of 1961. In January of 1962 Judy began teaching English at Gaston Junior High. After four years of teaching and a brief marriage, Judy, influenced by her parents emerging interest in the stock market, changed course to pursue a professional career in stocks. She started work at First National Bank in Dallas, then on to AG Edwards, and finally First Southwest Investment Bankers trading department, from which she retired after 34 years. Judy treasured her lifelong friends from Woodrow Wilson HS Gaston Junior High and First Southwest. Her interests in life included ceramics, needlepoint, reading, card games, and classical music (especially piano). Favorite composers include Rachmaninoff, Tchaikovsky, Grieg, Debussy, and others. Judy became interested in the Opera through her brother, Earl Love Carter Jr, DDS, and attended the Dallas Opera and all the Met performances in local theaters. Judy volunteered at Scottish Rite Hospital and through HPUMC the VNA Meals on Wheels, Congregational Care, the Church Library, the Puccini Society and Opera Guild. A seventh generation Texan, Judy extensively researched the McDonald and Carter families. After moving to CC Young , Judy discovered she had a cousin living on the same campus. She went on to eat lunch with cousin Paul Harris and his wife Clara every week for five or six years! What a blessing it was! After her brother Earl died in 2011, Judy moved to CC Young Senior Living, where she met many new friends and renewed many old friendships. She loved the many programs and events that CC Young had to offer. Judy is survived by her cousin Kay Carter Fortson, of Fort Worth; second cousin Cheryl McDonald Woodul, (husband David) and their children Kyle and Jonathan; Patsy Akers McDonald and son John McDonald, and of course, Molly, her Maltese. In lieu of flowers, donations may be sent to the charity of your choice.

Judy was born on Jun 9, 1938, into the loving family of Dr. Earl Love Carter, MD and Elaine McDonald Carter in Dallas, Texas. Her family was very close, and she loved growing up in Lakewood and all that the area had to offer. She attended Lipscomb... View Obituary & Service Information

The family of Judith Ann Carter created this Life Tributes page to make it easy to share your memories.

Send flowers to the Carter family.