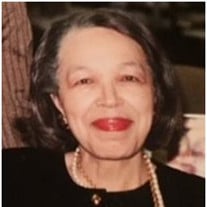 LaVerne Patricia Kennedy The youngest of three children born to George Bradford and his wife, Hazel Leonard Bradford, LaVerne Patricia Kennedy was born April 27, 1934, in Smithville, Texas. Intellectually curious and a voracious reader, Pat, as she was known to friends and family, embarked on a path of higher education after graduating from Smithville High School, in Bastrop County. By 1954, Pat earned a diploma in nursing education from Prairie View A&M University. Her first job as a staff nurse at Prairie View A&M, was followed by a position at Jefferson Davis Hospital in Houston, as a charge nurse in obstetrics. Deepening her professional nursing experience at a variety of hospitals in the Los Angeles, Calif. area — including Los Angeles County General Hospital — Pat’s exceptional gift and talent for nursing did not go unrecognized. The executive staff at Orthopedic Medical Center in Los Angeles where she worked as an administrative supervisor and charge nurse in the emergency room, awarded her for superior supervisory performance and recommended her for a very high honor: the Western Hospital Association Fellowship. In 1964, Pat was awarded the fellowship, which enabled her to return to school for a bachelor of science degree in nursing. Upon earning her degree from Prairie View A&M, Pat continued her nursing career as a registered nurse in a management capacity, at Methodist Hospital of Dallas, where she was the first African-American nurse; as a nurse consultant/instructor for the implementation of the Medicare program for Blue Cross-Blue Shield; as the chief nurse for the McKinney Job Corps Center for Women/U.S. Department of Labor, and later, as an adjunct nursing instructor at El Centro College. Her nursing background served her well when a new opportunity in a different arena presented itself, with the then-U.S. Department of Health, Education and Welfare, in need of a person with her nursing background and skill set as a medical review specialist investigating hospitals and doctors for fraud. After serving in a variety of positions of the department’s Social Security Administration and winning awards, acknowledgements for her work and promotions, Pat retired in 1995, after 22 years of dedicated service, from the department, which by then was known as the U.S. Department of Health and Human Services. Complementing her professional accomplishments were Pat’s outside activities. In addition to serving as a volunteer tutor for freshmen and senior nursing students at El Centro College, she also was chair of the Health and Wellness Committee of the Executive PTA at her daughter’s middle school, North Junior High in Richardson, Texas. Additionally, Pat was a member of the Richardson League of Women Voters where she was selected as chair of its Observer Committee, which monitored public committee activities. More importantly, her family and friends remember her for her steadfastness, loyalty, love and support, and encouragement to use education as the basis for their dreams. Self-taught, Pat loved playing the piano and organ, planting and horticulture, listening to music and spending time with her grandchildren. She was preceded in death by her parents; her sister Waurine Bradford-Hatch; her brother, Melvin Bradford; and her eldest son, Alonza O.C. Sargent, Jr. She leaves behind her three children who will cherish her memories, thirst for education and zest for accomplishment: Craig Sargent, Lorri Kennedy, and Tej Kennedy Clark (Jeff). Pat also leaves her beloved and treasured grandchildren: Joseph Bradford Sargent, Jacob Beamon Sargent, Preston Scott Clark and Campbell Kennedy Clark, as well as a host of relatives in Texas and California and friends throughout the country. In lieu of flowers, please send donations in her name to: National League for Nursing Foundation for Nursing Education http://webcast.funeralvue.com/events/viewer/30353

The family of LaVerne Patricia Kennedy created this Life Tributes page to make it easy to share your memories.

The youngest of three children born...

Send flowers to the Kennedy family.