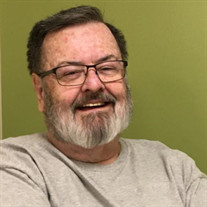 Leonard Isaac Hamilton (Len), March 24, 1947 - February 18, 2022. Len was born in Red Bay, Alabama. He passed away peacefully. Len is survived by his loving wife and soulmate, Louise (nee DeSalvo) of 55 years, married in Bellwood, Illinois on July 30, 1966. He is preceded in death by his son Robert, his parents, James V. and Lettie (nee Scott) Hamilton, and his sister Jean McCalpin (Harley). Len is also survived by his older brother, James (Earline) Hamilton, his sister Lorene Hamilton Irman, brothers-in-law: James DeSalvo (Linda), Carl DeSalvo (Angela), and sisters-in-law Lucyanne DeSalvo (Joseph), Anna Matysik (Michael), nieces and nephews (Jim, Dennis, Dee, Angela, Mark, Salvatore, Robin, James Jr., Matthew, and Bret, numerous great and great-great nieces and nephews). Len grew up in the Chicago area but spent most of his life in Texas, where he liked to brag “that he got to Texas as fast as he could”. He worked for Romco Equipment Co. and then retired from the IRS, after 23 years. He was a veteran of the US Army, where he served honorably in Vietnam. Len loved cooking, gardening, traveling but most of all being with family and friends. On March 19,2022, at 10:00am, there will be a viewing, followed by a service at Holy Cross Catholic Church in The Colony, Texas. Then immediately following, there will be a luncheon at the church from 12:00 - 2:00pm. After the luncheon, Leonard will be laid to rest with full military honors at Restland Cemetery in Dallas, Texas at 4:30pm. In lieu of flowers, please make a donation in Len’s name to St. Jude’s Research Hospital.

The family of Leonard I. Hamilton created this Life Tributes page to make it easy to share your memories.