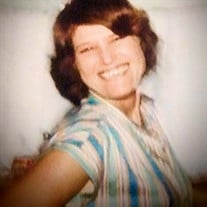 Myrtle "Faye" Pike Born 1934 in Mineral Wells, Texas Raised and graduated in Forney, Texas Faye was loved by many!! A woman nicknamed "Superwoman" by her family. She was previously married to Billy Joe Huddleston of Terrell, Tx and than later married her current husband Billy Ray Pike of Forney Texas. Since 2001, Faye went through a series of health issues, in which each time she cheated death and baffled doctors, giving her the name of Superwoman. Who else and say they survived a major stroke twice, quadruple heart surgery, 12 heart stents, and two carotid arteries surgeries? But in the end (20 years later) it would be a hemorrhage of the brain that unfortunately sent her on her way. Faye worked as an aerospace quality control inspector for many years with several companies. She had top secret clearance and was able to work on several government projects, including Ronald Reagan's presidential plane at Love Field airport. She will be truly missed by not only her family, but all her friends too. The family would like to thank one special person in Ms. Pike's life. This would be her cardiologist doctor Nam Nguyen of Methodist cardiologists at Methodist Richardson Renner. After all other doctors gave up on mother to live out her final weeks, he took her in with a 3% chance to live, and put her back on track for another 6 years. Guardian angels are real and this doctor is living proof. Our mother loved you very much Dr Nguyen. Proceeded in death by herParents: John and Myrtle Murray and Two siblings-- Pat Murray and Wanda Jayroe. She leaves behind her husband Billy Pike a Forney Texas, sister Hazel Edwards of Arlington, Texas, brothers Mac Murray of Utah, John Murray of Wyoming, and Wayne Murray of Washington DC. Daughters Tammy Brown & husband Tim of Community of Wolf, Oklahoma, and Tonja Nichols of Plano, Texas. Grandchildren Ashley Benoit, Michael Christopher, Jenalee Banker, Christian Lummus, Joseph Nichols, and Katie Purcell's. 14 great-grandchildren, and one great-great granddaughter.

Myrtle "Faye" Pike Born 1934 in Mineral Wells, Texas Raised and graduated in Forney, Texas Faye was loved by many!! A woman nicknamed "Superwoman" by her family. She was previously married to Billy Joe Huddleston of Terrell, Tx and than later... View Obituary & Service Information

The family of Ms. Myrtle Faye Pike created this Life Tributes page to make it easy to share your memories.

Send flowers to the Pike family.