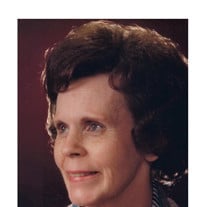 NANCY RAMSAY BARBER passed away on January 27, 2022, in Rockwall, Texas. Born August 21, 1936, in Windsor, California, at age 7 Nancy was adopted by her parents Lt. Col. Elliot Ramsay and Lucille Tyson Ramsay. Growing up in a military family she lived in California, South Carolina and finally settled in Houston, Texas where she graduated from San Jacinto High School. She met the love of her life, Jack Barber, and they married on August 29, 1954. They had their daughter Sally in 1955 and another daughter Debbie in 1960. In 1962 Jack got an opportunity while working for Prudential Insurance Co. to transfer to Dallas, Texas, where the family lived together for the next 16 years until his death in July 1978. After his death Nancy and the girls continued to live in the Dallas area. Nancy had been a stay at home mother devoted to her children, she was a Life Membership Chairman for the Texas PTA participating in PTA activities for many years at William L. Cabell Elementary. She was a Key Campaign Volunteer for the March of Dimes helping organize Marathons and Walks in 1970 and 1971. She helped with local election campaigning in Farmers Branch and worked as an Election Poll Worker. She was also a member of the Civic League of Farmers Branch. In 1978, Nancy started working for Fitz & Floyd China with her best friend Joy Hall, until health issues caused her to leave in 1987. In 1988 she had the opportunity to start working for her daughter and son-in-law at their company Action Sportswear in Garland, TX. until 2009. She loved working there and her co-workers loved her, too. She was like a 2nd mom to some and they affectionately called her Inspector 12. She enjoyed road trips with her family. Her favorites included driving to Fairfield, TX. to eat at Sam's buffet and have Coconut Cream Pie. She loved celebrating her and Joy's Birthdays eating seafood platters by the beach on trips to Kemah & Galveston and going;to El Fenix for Mexican food and Lemon Ice Box Pie. Her favorite foods by far were, Dr. Pepper and Chocolate! In 2016 through Ancestry DNA, Nancy located some of her birth family. She found out she had two sisters. Unfortunately Toni was deceased, but Pam is currently living in Hawaii, along with nieces living in California, Arkansas and Hawaii. Nancy is preceded in death by her husband, Jack W. Barber Jr., father, Lt. Col. Elliot Ramsay (Retired Army), mother, Lucille Ramsay, in-laws Jack W. Barber Sr. and EthLrie Barber, and sister-in-law, Dorothy Ramsay. Nancy leaves behind her daughter Deborah Barber McCullough & son-in-law Donny McCullough of Rowlett, Texas, daughter, Sally Barber Martin & son-in-law Norman Martin of Rowlett, Texas, granddaughter, Dr. Jennifer Warren & great grandson, Bas Hagen of Harker Heights, Texas, brother, Ross Ramsay of Rockwall, Texas, and nephews, Callum, Ed and Kenneth Ramsay along with many great nieces and nephews. Lifelong Family Friends include Joy Hall, Brenda Hall, Laura Hall Lord, Terry Hall, and their spouses and children. Nancy was a caring wife and mother who was dearly loved by family and friends and will be missed more than words can express. Visitation will be Friday, February 11, 2022 from 4:00 to 6:00 pm at Restland Funeral Home. A memorial service will be held on Saturday, February 12, 2022 at 2:00 pm. at Restland's Wildwood Chapel located at 13005 Greenville Ave. Dallas, Texas 75243 - 972-238-7111 Restlandfuneralhome.com Below is the Link for Livestream Service in Celebration of the Love, Life, and Legacy of Nancy Barbara Ramsay Barber: http://webcast.funeralvue.com/events/viewer/69257/hash:02C8DC1D89BCEFDD

The family of Nancy Ramsay Barber created this Life Tributes page to make it easy to share your memories.

Send flowers to the Barber family.