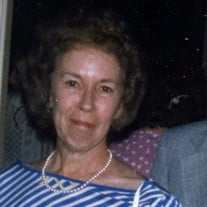 Beloved wife, mother, friend and giving volunteer. Lee was born in Washington, DC to Springs Reid and Mary Fowler Moore on March 8, 1934. She grew up in Bethesda, Maryland and graduated from Bethesda Chevy Chase High School where she was active in the Acappella Choir. She attended the University of Maryland, graduating in June, 1957. It was at the University that she met and married Robert (Bob) Pearson. After brief stays in Dearborn, Michigan and Rochester, NY they moved to Dallas, Texas in early 1960 which was home for the rest of their lives. Lee loved decorating, bridge, reading and in particular gardening. She was also a dedicated collector, joining with Bob in that regard. She collected napkin rings, and ink wells but her passion was her fine collection of early Quimper faience which contained many rare pieces of this folk art of Brittany. Her activities included being a Cub Scout den mother, Meals on Wheels and the Stewpot. She was a very actively engaged volunteer at North Dallas Shared Ministries for more than 15 years,. She was also an active member of the Dallas Glass Club, PEO and the Salvation Army Women's auxillary. She was a long time member of Preston Hollow Presbyterian Church where she also served as the head of the Ruth Circle. Lee loved to travel. She made many trips to Europe and elsewhere- with and without Bob. Two trips to Russia and eastern Europe and a lengthy China tour were particular highlights. Preceded in death by her parents, sister and two brothers, she is survived by her husband, Bob, her son Jeff Pearson of Dallas, in-laws Larry and Shelly Pearson and nieces Stacey and Cara Pearson, all of Santa Cruz, CA. Deeply loved by her family, she will be greaty missed.

Beloved wife, mother, friend and giving volunteer. Lee was born in Washington, DC to Springs Reid and Mary Fowler Moore on March 8, 1934. She grew up in Bethesda, Maryland and graduated from Bethesda Chevy Chase High School where she was active... View Obituary & Service Information

The family of Nancy Lee Moore Pearson created this Life Tributes page to make it easy to share your memories.

Send flowers to the Pearson family.