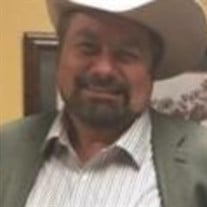 Nick Galanos bounced into this world on August 1, 1950. As a child he was filled with energy and enthusiasm and never lost this spark for life. He died on February 14, 2022, with his family by his side. He is the son of the late Stan Galanos Sr. and Helen Galanos of London, Ontario, Canada. He is survived by his devoted wife Tinceson (Nemarich), his beloved son, Stan, his precious daughters, Taylor and Stephanie, his stepson, Donny, his mother-in-law, Amelia R. Ivy and his granddaughters, Vada Rose, and Mila Rose. He will be greatly missed by his extended family in Canada, his cousins, Kalli, Kathy, Alex, Kristine and Lois, and his nieces, Alicia, Sarah and Katie. He will also be dearly missed by his beloved nephews Michael and Evan Athanas, and their children Kosta, Sia, Lilly, Austin and Ella. He has gone on to meet his cousin and best friend, Peter Copis, who died several years ago and said, “We will all meet again over the horizon.” He will also join Michael and Evan’s father and our beloved Uncle Dinos Athanas above the clouds as well. Nick grew up in Canada and worked in his family’s restaurants from the time he was a a young boy. After high school, he joined the police force in Toronto, Canada, and carried a love of law enforcement throughout his life. Eventually, an opportunity came to open a restaurant in Sarnia, Ontario, with his father, and Nick’s career in the restaurant and hospitality business began. It thrived in both Canada and the United States. He worked for TGI Friday’s, Champps Americana, Planet Tan and Ruby Tuesdays to name a few companies. He collected many lifelong friends along the way due to the unique way he conducted business. Nick eventually settled in Dallas, Texas, which was a perfect fit – a BIG state for a BIG personality. He was a giant of a man, with a personality to match and the biggest heart of all. Nick was dedicated to supporting law enforcement through community engagement as was evidenced by his tireless work with One Community and many North Texas police agencies. Nick also volunteered his time by speaking to the Grand Prairie Police Department Recruit Classes regarding the importance of police officers partnering with businesses to create and maintain a safe environment for customers Even a diagnosis of non-Hodgkin’s lymphoma and the treatments that followed could not slow him down. He continued to work and was excited about a new restaurant that was being developed and would open later this year. He warned us that “the runway was getting shorter” but lived his life as if it would go on forever. “He always had our backs and our hearts,” his wife Tinceson says, and his son Stan adds, “There is no way to replace his energy and love on this planet. Almost all of us lose a parent in this life, but not everyone loses a Nick Galanos.” His daughter, Taylor, says he was the best grandfather in the world and the strongest man she has ever known. And his cousin, Kristine, writes, “Nick was my strength when I had none, and my best supporter when I felt most alone”. Our family realizes how blessed we were to have had such an amazing man in our lives all these years. Nick taught us to take risks, to live with enthusiasm, to find fun and joy in the simplest moments and to take life seriously, but not too seriously. His crazy pranks and fun-loving ideas left us with many Nick Stories that will keep us laughing until we are all together over that horizon. When his beloved cousin Peter died, Nick wrote, “I know that we will all join you in this place where the cares and suffering of our day-to-day lives on this planet earth will disappear and we will only share in the goodness and joy of eternity.” We know Nick will be watching over us as our guardian angel, and he will be reminding us to stand tall and strong and to bring joy and fun to all the moments of our lives. And we know he will be there to greet us when it is our time to take the journey over the horizon. The family would like to thank the doctors, nurses, and staff at Medical City of Dallas for their wonderful treatment and care. In lieu of flowers, donations can be sent to Cody’s Friends Rescue to honor Nick’s lifetime love affair with dogs. Fundraiser by Cody's Rescue : A Shelter for Cody's Friends Rescue (gofundme.com)

Nick Galanos bounced into this world on August 1, 1950. As a child he was filled with energy and enthusiasm and never lost this spark for life. He died on February 14, 2022, with his family by his side. He is the son of the late Stan Galanos... View Obituary & Service Information

The family of Nick Galanos created this Life Tributes page to make it easy to share your memories.

Send flowers to the Galanos family.