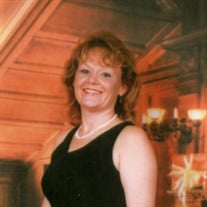 Nikki Allan Terranova, 60, of Brookhaven, Mississippi, passed away on November 9, 2021 in Sunnyvale, Texas surrounded by the family she so very much loved. Born in Lamar, Colorado on October 24, 1961, she graduated Salutatorian of Marion Harding High School in Marion, Ohio. After earning a Bachelors of Science in Computer Science Mathematics from Kent State University in 1983, she went on to receive her Master's Degree in Management Information Systems from Bowie State University in 1996. Nikki received numerous awards and was often recognized by various publications through-out her career. From 1983-1987 she served as a systems programmer for the IRS; 1987-2010 she was the was the PC LAN+ Acquisition Program Manager for Navy's Space and Naval Warfare Systems Command (Spawar). She established the Wide-Area-Computer Networks (WAN) for the U.S. Navy's world-wide fleet and was responsible for 49 service-wide contracts worth more than $5 billion. She went on to retire with the USDA as the Acquisition Program Manager in 2017 as a GS-15. This remarkable woman was a devoted wife, mother and grandmother. She adored her children and grandchildren and loved them with her whole heart. She cared deeply for her family and friends often putting other's needs before her own. She was a member and president of the Tammany Twirlers Square and Round Dance Club for six years. She loved to travel, crochet and spend time with her family and friends. Nikki will be deeply missed by her husband, Victor Terranova; five children, John (Krystal) Gray of Dallas Texas, Virginia (Sean) Gammon of Ocean Springs, Mississippi, Victoria (Jerry) Whiteside of Port Orchard, Washington, Regina (Jesse) Terranova of Slidell, Louisiana, and Victor "Bubba" (Jamie) Terranova of Ponchatoula, Louisiana; thirteen grandkids, Justin, Caleb, Elizabeth and Thomas Gray, Sophie and Marjorie Gammon, Alison Whiteside, Cali and Brooke Mitchell, Bailey Budd, Emmalynn, Brynlee and Piper Terranova; one great grandchild, Jahziel Gray; four siblings, Billie (Alan) Warta, Jacqueline Gray, Gene (Tammy) Gray, and Sherry (Gary) Tarantino; and twelve nieces and nephews; and many aunts, uncles and cousins. Nikki was preceded in death by her mother and father, Venus and Gary Turner and her nephew Joseph Warta.

Nikki Allan Terranova, 60, of Brookhaven, Mississippi, passed away on November 9, 2021 in Sunnyvale, Texas surrounded by the family she so very much loved. Born in Lamar, Colorado on October 24, 1961, she graduated Salutatorian of Marion Harding... View Obituary & Service Information

The family of Nikki Allan Terranova created this Life Tributes page to make it easy to share your memories.

Send flowers to the Terranova family.