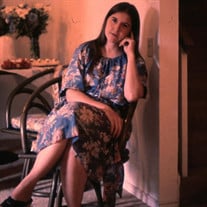 Ms. Patricia Mary Harris, age 75, of Rowlett, Texas, passed away on Wednesday, January 12, 2022, in Rowlett, Texas. She was born to Louis Patrick Fox and Mary Victoria Hitch on Sunday, May 5, 1946, in Miami Beach, Florida. Patricia loved to travel. Australia was her favorite place to travel to. She enjoyed swimming, surfing, and horseback riding. She was very adventurous. Some of her hobbies were modeling, knitting, drawing, and reading. Patricia enjoyed spending time with her children and grandchildren; telling them stories of her time spent in Australia with her aunt Dah and uncle Arch, and friend Warie. She loved her family and was always thinking of them no matter how far apart they were. Patricia was preceded in death by her parents, Paul and Mary Cunningham; brother, Don Cunningham; and daughter, Jenny Rebecca Yeager. She is survived by her 4 children, Renee Jones, Michael and Maria Harris, Jennifer and Carlos Mendez, and Christy and Bret Sudderth; 10 grandchildren, Rachel and Patrick Jones, Taylor Griffin, Chris, Arianna and Kylana Harris, Romeo and Mariana Mendez, Bret Jr. and Hanna Sudderth; sister, Caroline and brother-in-law Doug Hart; cousins, Richard and Gail Weathers, Michael and Lisa Weathers, and Diana Weirus-Burke and Ozzie Burke; nieces and nephew, Kim and Doug Corey, Cory and Sonia Cunningham, Brooke and Paul Michie, Sarah Cunningham, Jessica Hart, Brittany and Matt Evans. She is also survived by her great nieces and nephews, Cameron Corey, Milo and Donovan Michie, Eliyana Griggs, and Blake Evans. There will be a graveside service held on Wednesday, February 2, 2022 at Restland Funeral Home starting at 10:00 a.m. Funeral arrangements for Ms. Patricia Harris have been faithfully entrusted to Restland Funeral Home and Cemetery, which is located at 13005 Greenville Avenue, at the intersection of Restland Road, Dallas, Texas 75243, and can be reached at (972) 238-7111.

The family of Patricia Mary Harris created this Life Tributes page to make it easy to share your memories.

Send flowers to the Harris family.