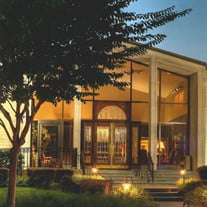 Peter Mann Guild Peter Mann Guild died on Saturday March 28, 2020 after a short illness in Dallas at the age of 83. Pete was born in New York City, NY on July 19, 1936, the eldest son of Frances Andress Guild and Charles Francis Guild. He graduated from Greer Academy in Millbrook, NY, before a Post Graduate year at St. Johnsbury Academy in St. Johnsbury, VT. He then attended State University of New York (SUNY) Farmingdale. Pete migrated to Texas in 1957 to work in the oil business and settled in Pasadena before starting his own bathroom tub/jacuzzi business with a partner and lifelong friend. Later he sold the business and became a contractor instead, happily leaving the headaches behind. Earlier, in 1958, he married Wanda Joyce Ensey and they welcomed their son, Peter Michael Guild, when he was born on July 20, 1962. Wanda was a devoted school teacher throughout her career. They divorced in 1978 but remained joint custodians of Mike. Pete and Mike shared many experiences over the years, ranging from hunting, fishing and sailing. Pete also became involved as an ardent fan of Mike’s basketball career. Pete was an avid sailor and became very involved in both round and square dancing. Through that activity he met Betty Mills, who was then a widow with five grown daughters. They married in 1996. They enjoyed 23 happy years together dancing, traveling, and cruising until Betty died on January 5th this year. Each complemented the other. Betty leaves 11 grandchildren and 6 great grandchildren. Pete was ecstatic when Sophie was born on November 6, 2002 and has loved having a granddaughter and watching her develop into the wonderful teenager she has become. He was very proud of her achievements. Pete worked as a hospice volunteer for twenty-five years, a job he dearly loved. Amongst many other awards, he received the President’s Call to Service Award for the more than 4,000 hours of service he had performed over the years. (Pete also trained over 1,000 hospice volunteers.) He liked to say he got so much more than he gave. Pete often said his time with his hospice patients, 900 in all, helped him achieve a peace about life, learn the importance of laughter even in hard times and the importance of just being present. More recently he was active with “Computers for the Blind” for the past 19 years, where he found fulfillment in helping less fortunate individuals by rebuilding donated computers to be used by people with vision limitations. That wasn’t enough. After working during the day he volunteered as a facilitator in “Grief and Divorce Workshops” at a nearby church, Northway Christian, for two decades. Pete also leaves a younger brother, Gerald Andress Guild, who has remained back in the North East all his life. Gerry recalls Pete as a gentle giant and an even gentler soul who was a great friend to many, without judgment of them or others. Further, through forgiveness he was able to be at peace with all his relationships. Pete was devoted to Betty, Mike and Sophie beyond all else. Of death he spoke of “Going Home”, whose tune was adapted from Dvorak’s “The New World” Symphony No. 9. One of Pete’s favorite poems was: “Do not stand on my grave and weep I am not there, I do not sleep I am a thousand winds that blow I am the diamond glints on snow, I am the sunlight on ripened grain, I am the gentle autumn rain. When you awaken from the morning’s hush I am the swift uplifting rush Of quiet birds in circle flight. I am the soft stars that shine at night. Do not stand at my grave and cry; I am not there, I did not die.” Attributed to have been written by Mary Elizabeth Frye in 1932 The family plans to hold a memorial service to celebrate Pete’s life and the date, time and place will be displayed here when it is finalized. In the interim please view the End of Life photographs here that Pete selected several years ago which display important people, thoughts and events during his life. Contributors: Peter Michael “Mike” Guild Gerald “Gerry” Guild Kenneth “Ken” Bracki Lee Ann Hunter Lorrie Grisnik Anderson BJ Nanny

The family of Peter Mann Guild created this Life Tributes page to make it easy to share your memories.

Send flowers to the Guild family.