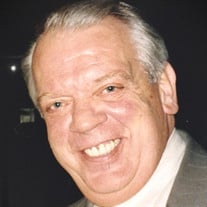 The Honorable Judge Philip S. "Phil" Barker, retired judge of CCC#6 in Dallas County. Texas, passed away on January 27, 2022 after a long, hard fought battle with a variety of illnesses. Judge Barker was born on February 20,1941 in Salem, West Virginia, where he was a 1959 graduate of Salem High School. Judge Barker then graduated from Salem International University in Salem, West Virginia in 1964. He worked for various railroads for 12 years, which is what brought him to move to and live in Dallas in the mid 1960's, which has been his residence since. Judge Barker then attended and graduated from SMU School of Law in 1971, after which he practiced family and criminal law for several years. In 1989, he ran for the bench of County Criminal Court #6 (Dallas County) and was elected, being sworn into office on January 1, 1990 and held that bench for four terms, until his retirement on December 31, 2006. Judge Barker then worked for several years as a visiting judge in various Texas counties, including Dallas, Tarrant, Collin, and Hunt Counties. He was also a member of the US Army National Guard. Judge Barker loved to socialize, loved traveling to Cozumel, Mexico, loved the legal profession, and loved his family and friends. Everyone called Cozumel his second home, where he has many close friends who will miss him a great deal as well. A future memorial service in Cozumel will also be held in his honor. Judge Barker had a personality bigger than life and he would walk in a room and command it. Judge Barker loved his home state of West Virginia and his adopted home of Dallas, Texas. He will be greatly missed by many. Judge Barker is survived by 2 children, his loving daughter, Marsha "Cricket" Davault and her husband Kyle Davault and by his loving son, Lt. Jerry Barker and his wife Julie Barker. Judge Barker is also survived by grandchildren, Jackson Christie, Kennedy Christie, Kaia Christie, Olivia Barker, Charlea Jones and her husband Stevie Jones, Brady Snow, and Caty Snow, and great grandchild Cooper Jones. Judge Barker is also survived by sister in laws Alene Barker of Idaho, Barbara Amos Barker of Florida, and many cousins, nieces, and nephews across the country. Judge Barker was preceded in death by parents, Max W. Barker, Sr. and Myrtle Eliwese "Lou" Barker, brothers Max W. Barker, Jr. and Donald Robert Barker. Funeral Services will be held at 2:00pm Wednesday, February 2, 2022, at Restland Memorial Chapel Restland Funeral Home 13005 Greenville Avenue Dallas, Texas 75243 In lieu of flowers being sent, please, instead donate to the Texas Fallen Officer Foundation and/or to the National Kidney Foundation at: www.texasfof.org www.kidney.org Below is the Livestream Link for the Celebration Of Life for Mr. Philip Stewart Barker: http://webcast.funeralvue.com/events/viewer/68519

The Honorable Judge Philip S. "Phil" Barker, retired judge of CCC#6 in Dallas County. Texas, passed away on January 27, 2022 after a long, hard fought battle with a variety of illnesses. Judge Barker was born on February 20,1941 in Salem, West... View Obituary & Service Information

The family of Philip S. "Phil" Barker created this Life Tributes page to make it easy to share your memories.

Send flowers to the Barker family.