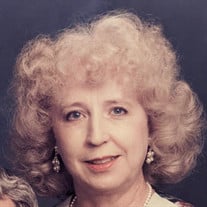 Obituary for Phyllis Kanaley Phyllis Jean (Gray) Kanaley, wife of the late Rev. Dr. Donald E. Kanaley, died February 25 at her home in Savannah TX. Mrs. Kanaley was 89 years old. She passed away as she had lived, surrounded by three generations of her large and ever-growing family. Her lifelong guide star was a saving faith. On an undated loose-leaf page, Mrs. Kanaley had written, "I didn't understand everything, but I did know and believe at the age of 6 that Jesus died for me and I could trust my life to Him." She cited as a "life verse" Nahum 1:7, "The Lord is good, a stronghold in the day of trouble, and He knoweth them that trust in Him." As a homemaker and matriarch, Mrs. Kanaley reveled in family, church and political life. She made her dining room the center of frequent multigenerational gatherings. She cooked, sewed, refinished and upholstered furniture, kept the books, and shopped for bargains. She was a striking figure, known for her sharp couture, flamboyant hats and gold-blonde hair. She read voraciously. She was a fierce advocate for her family, her faith, the Grand Old Party, and her adopted country--Texas. Mrs. Kanaley was born in Richwood WV on January 1, 1933. She was the daughter of Harry M. Gray and Charlotte Mae Ehrhart Gray. The Gray family, eventually with five children, settled in Fulton NY, where Mr. Gray managed a large paper-products factory. Mrs. Kanaley attended Cornell University and then Syracuse University, where she joined the Kappa Delta sorority, majored in home economics, and graduated with honors after a long hiatus to marry and have five children. Against her beloved father's wishes, she had wed her high school sweetheart, Donald Kanaley, in 1952. Devout Christians, the couple helped start what became several Upstate New York churches before Dr. Kanaley became a full-time Baptist minister. For study, pastoral and other ministry work, the family made a number of moves. Over years, they lived in New York, Massachusettes, Pennsylvania, New Jersey, California and Texas. For a year in the 1970s, Mrs. Kanaley and her husband were missionaries in Kenya, where Mrs. Kanaley taught home economics at the Rift Valley Academy. She lived in the Dallas region from 1980 and was a member of Prestonwood Baptist Church in Plano TX. Dr. Kanaley died in 2017. In several capacities related to mission service, the couple had traveled the globe, and Mrs. Kanaley curated a massive world map that she would unfold with a flourish to describe the many and exotic places she had been. Her eldest child, Cynthia (married to William) Newcott, died in 2010. Mrs. Kanaley is survived by children Reid (and Susan) Kanaley of Broomall PA, Candace (and Paul) Craig of Savannah TX, Scot (and Dina) Kanaley of Plano TX, and Celeste (and Daniel) Johnson of Fountain Hills AZ, along with 17 grandchildren and 51 great grandchildren. She is also survived by a brother, David Gray of Ardmore PA, and a sister, Charlotte Keale of Elk Grove CA. A graveside service was set for 1 p.m. on March 18 at Restland Memorial Park, 13005 Greenville Ave., Dallas TX 75243. We are requesting memorial donations toward installation of a playground in Lake Victoria, Kenya. This is a mission of the home church of Mrs. Kanaley's caregiver, Pamela. Please send contributions to the Kanaley Family Trust, c/o Celeste Johnson, 15806 E. Palomino Boulevard, Fountain Hills AZ 85268 Funeral arrangements for Ms. Phyllis Kanaley have been faithfully entrusted to Restland Funeral Home and Cemetery, which is located at 13005 Greenville Ave., at the intersection of Restland Road, Dallas, Texas 75243, and can be reached at (972) 238-7111.

The family of Phyllis Jean Kanaley created this Life Tributes page to make it easy to share your memories.

Send flowers to the Kanaley family.