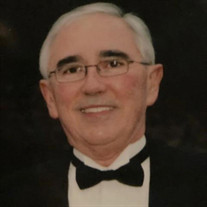 Robert “Bob” C. Farone passed away peacefully on January 10, 2022, after a brief but courageous battle with cancer. He is survived by his wife Jill Perkins. Also: Niece Debra Kean, husband Gerald, children Rebecca and Ryan; Niece Darlene Higgins, daughter Brittany and family, and son Danny; Niece Dina Muehlbauer’s children Christopher and Madison. Bob was preceded in death by his parents Charles S. Farone and Olive Shekrota, brother John B. Farone and sister-in-law Sylvia Farone, niece Dina Muehlbauer and nephew-in-law Greg Higgins, half-brother Charles M. Farone, and half-sister Pauline Varona. Bob was born September 13, 1942 in Brooklyn, New York. After graduating from New Jersey Lyndhurst High School in 1961 he moved to Texas where he graduated from the University of Houston in 1966 earning a BBA in economics and finance. Bob served two years active duty in the U.S. Army during the Vietnam War spending his Tour of Duty in West Germany. He then served four years in the U.S. Army Reserves. Bob’s business career began in the financial sector with Merrill Lynch and Paine Webber on Wall Street and in Houston. Leaving Wall Street Bob began an illustrious career in the luggage and leather goods industry. After working as a commissioned sales rep traveling the states of Texas, Louisiana, Oklahoma and Arkansas, Bob became President of Bag’n Baggage, Ltd. Over 16 years he spearheaded eleven acquisitions, growing the company to over 80 stores throughout the Southwest and West Coast. He then relocated to Rhode Island as Vice President/General Manager of Samsonite Co. Stores 230 locations in the U.S. and Canada, traveling extensively to operations in England, France, Germany, Belgian, Holland, Italy and Switzerland. Bob then continued traveling internationally to China, as a consultant for Dallas China International, Inc. Throughout his career Bob served as a director on multiple Boards, including Caribbean Marine, Inc., 50-Off Stores, Inc., Tutogen Medical, Inc., Samsonite Co. Stores, Inc., and William Solomene Charitable Foundation. A devoted loving husband, beloved Uncle and cherished friend, Bob was incredibly kind and generous. He was an astute leader, a skilled negotiator, business advisor and mentor with the utmost integrity in all aspects of his life. He was dearly loved by his family and many lifelong friends and will be missed more than words can convey. A celebration of Bob’s life will be held at St. Philip Catholic Church 11:30am on Friday, January 28th. Those who wish to honor Bob may make a donation in his memory to St. Philip & St. Augustine Catholic Academy.

The family of Robert Charles Farone created this Life Tributes page to make it easy to share your memories.

Send flowers to the Farone family.