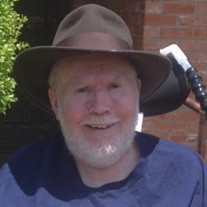 Robert Lyle IV, 66, of Dallas, Texas, passed away on April 11, 2022. Bob was born on December 3, 1955 to Robert Lyle III and Isabel Smart Lyle, in Troy, New York. He graduated from Marshall High School in Marshall, Texas and attended Rice University and Stephen F. Austin State University, where he graduated with a Bachelor of Science degree in Physics and a Master of Arts degree in History. Bob taught college mathematics at Stephen F. Austin State University in Nacogdoches, Texas and later worked in the IT field in Dallas, Texas. His favorite interests were science, military history, space exploration, reading science fiction, fencing, the S.C.A., and Dallas Cowboys football. Bob loved celebrating the holidays with his family, friends, and caregivers. He was a Christian and a member of the First Baptist Church of Marshall, Texas. Bob will be remembered for his kind and gentle spirit, his sense of humor, his strength of character, and the extraordinary courage with which he battled the disabling disease of multiple sclerosis for nearly fifty years. His bravery in the face of adversity was an inspiration to all who knew him. Bob was predeceased by his father, Robert Lyle III, and his mother, Isabel Smart Lyle. He is survived by his sister, Margaret Lyle; his niece, Elise Miller; his aunt, Margaret Mackiernan; and many cousins. He is also survived by his dear friends, Melanie and Kevin Clark and the Clark family, and by his beloved caregivers, Gloria Foulks, Nelly Vallejo, Connie Foulks, Terisa and Anthony Augustine, Rebecca Vollmar, Alex Foulks, and their families. Bob’s family wishes to thank his devoted nurses Maureen Begley, Trish Jackson, and Amanda Norris, occupational therapist Tatiana Trujillo, and the dedicated doctors, nurses, and medical staff at Baylor Scott & White HouseCalls, the University of Texas Southwestern Medical Center, Baylor Scott & White Medical Center – Plano, and Aspen Healthcare for their decades-long care. “I have fought a good fight, I have finished my course, I have kept the faith.” 2 Timothy 4:7. An outdoor service will be held at Restland Funeral Home at the Gazebo at Woodland Extension on Saturday, April 30, 2022 at 10:00 A.M. In lieu of flowers, the family requests donations be made to the National Multiple Sclerosis Society. Funeral arrangements for Robert Lyle IV. have been faithfully entrusted to Restland Funeral Home and Cemetery, which is located at 13005 Greenville Ave., at the intersection of Restland Road, Dallas, Texas 75243, and can be reached at (972) 238-7111.

The family of Robert Lyle IV created this Life Tributes page to make it easy to share your memories.

Send flowers to the Lyle family.