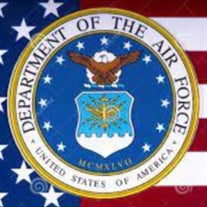 Roger Lee Kistler. age 72, of Dallas, Texas passed away in Plano, Texas on May 7, 2022. Roger was born January 30, 1950 in Rock Island, IL, to Lytle and Janet Kistler. One of three boys, he grew up with in a mid-century Midwestern home that valued hard work, family loyalty, sports on Saturday, church on Sunday, and getting into the right amount of trouble with his brothers, cousins, and friends. After graduation from high school, Roger attended Illinois State University. Two things drastically changed the course of his life while he was at ISU: he enlisted in the United States Air Force, and he met Elizabeth (Beth) Gurley. His enlistment in the USAF lasted for over twenty years as he served dutifully and proudly as a communications analyst. His courtship with Beth last only a few months at ISU, and their engagement was even shorter. And yet, their marriage and love story lasted forty-nine years until her death in 2018. Roger and Beth had three children: Therese Leeann (Teri), Darryl Wade, and Tracie Lyn. Together the family lived and traveled in Europe, Maryland, Arkansas, and Texas. The last of which became Roger’s adopted home. Upon his retirement from the Air Force, Roger spent the next part of his professional life working in mortgage finance advancing to the position of Assistant Vice President at American Home Mortgage Services, Inc. But his true vocation as a person entered his life with the birth of his grandchildren. Roger was christened ‘PawPaw’ and he threw himself in the role and dedicated himself to be the best grandfather he could be to his five grandchildren. We will miss Roger stories and wisdom, his generosity and loyalty, his ability to give accurate directions to any location, his avid love for his family and friends, and his proud service to his country. Services will be held at Restland Funeral Cemetery, 13005 Greenville Ave., Dallas, Texas. On Thursday, June 16th 2022 at 10:00 AM at The Wildwood Chapel. To send flowers or a memorial gift to the family of Roger Lee Kistler please visit our Sympathy Store Funeral arrangements for Roger Lee Kistler have been faithfully entrusted to Restland Funeral Home and Cemetery, which is located at 13005 Greenville Ave., at the intersection of Restland Road, Dallas, Texas 75243, and can be reached at (972) 238-7111.

Roger Lee Kistler. age 72, of Dallas, Texas passed away in Plano, Texas on May 7, 2022. Roger was born January 30, 1950 in Rock Island, IL, to Lytle and Janet Kistler. One of three boys, he grew up with in a mid-century Midwestern home that... View Obituary & Service Information

The family of Roger Lee Kistler created this Life Tributes page to make it easy to share your memories.