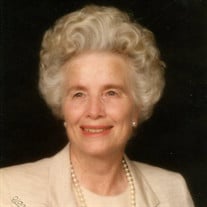 Sarah went home to be with her Lord and Savior, Jesus Christ, on February 23, 2022. She was preceded in death by her beloved husband, James O’Neal, her parents, two sisters, and three brothers. She is survived by her son, James O’Neal, Jr., and daughter, Kathy and son-in-law, Bill Childers, her grandson, Aaron and his wife, Christine Childers and four precious great-grandchildren, Timothy, Abby, Ellie, Henry, and her grandson, Trevor Childers. She is also survived by her sweet baby brother, Lewis Lawson, and many nieces and nephews and great-nieces and great-nephews. Sarah was born in Midlothian, Texas, and was the next to the youngest of seven children born to Eula and William Lawson. The Lawson family attended the Baptist church in Midlothian, where Sarah accepted Christ as Savior. She graduated from Midlothian High School in 1941 and attended North Texas Teachers College for several semesters as a Design major before returning to work during World War II. James and Sarah first met as children at Clarendon Drive Baptist Church and were reacquainted at the same church after the war. They were married on January 21, 1947. Sarah was a wonderful wife and mother who was dedicated to the Lord and her family. She worked for many years at Army Air Force Exchange System while she and James put Jim and Kathy through college. They lived in Dallas, Richardson, and Plano, where they were members of Hunters Glen Baptist Church. They were happily married for sixty-nine years until James departed for his home in Glory on February 7, 2016. Now they are together in the Lord’s house for eternity. Although Sarah Jo will be missed here on Earth, we rejoice she is with her Heavenly Father. There will be a graveside service for the family. Instead of floral memorial offerings, please consider contributing in her memory to the Midlothian High School Band, the Komen Foundation, or the church of your choice. She will be remembered as a dedicated Christian and beloved family member by all who were blessed to know her.

Sarah went home to be with her Lord and Savior, Jesus Christ, on February 23, 2022. She was preceded in death by her beloved husband, James O&#8217;Neal, her parents, two sisters, and three brothers. She is survived by her son, James O&#8217;Neal,... View Obituary & Service Information

The family of Sarah Joan O'Neal created this Life Tributes page to make it easy to share your memories.

Sarah went home to be with her Lord and Savior, Jesus Christ,...