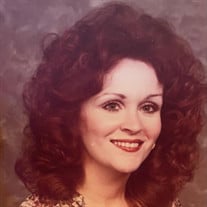 Honoring Life: Tana McClendon Brown Tana Suzanne McClendon Brown of Dallas, Texas was born on September 9, 1951, in Dallas to Anna Belle McClendon and Jimmy Woods McClendon. Tana Brown made her journey to Heaven on February 22, 2022, at the age of 70. On January 20, 1973, she married the love of her life, Stephen Swift Brown, a marriage that was cherished for 49 years. Tana was an accomplished interior designer in Dallas and enjoyed spending her time designing, painting, gardening and dancing. She loved music and shared that joy of dancing and loud singing with her family and close friends. She is preceded in death by her parents, Anna Belle and Jimmy McClendon, sister Sheryl McClendon and Mother and Father-in-law, Elizabeth Swift Brown and Eugene Felton Brown (Von). She is survived by her husband, Stephen Swift Brown, her son and daughter-in-law, Justin Brooks Brown and Ayla Elyse Brown, and her daughter and son-in-law, Suzanne Swift Brown Collins and Kipp Ross Collins; her four grandchildren Elyse Brown (9), Sawyer Brown (7), Vaughn Collins (7) and Vanna Collins (5) and four nieces and nephews, Laura Hall, Kevin Brown, Casey Charles and Matt Brown. Tana Brown was a vivacious woman, she was full of joy, laughter and fight. She was a fighter to the core, taking on a fifteen-year battle with Alzheimer’s. To her children, she was a mama bear, protecting them when she could and always pushing them to believe in themselves and never give up. Her love for creativity, laughter, love and joy will all remain with her family and friends. Her spirited personality and warmth will remain with all that met her. She will sorely be missed but we all know that her wings are wrapped warmly around us, and her voice in the whistling of birds and rustling of the trees. Services will take place on March 25, 2022, at 10 A.M. at Restland’s Wildwood Chapel and will be followed by a Celebration of Life and Tana and Steve Brown’s home. In lieu of flowers the family asks that you donate to the Alzheimer’s Association in honor of our beloved Tana McClendon Brown. Funeral arrangements for Tana Suzanne McClendon Brown have been faithfully entrusted to Restland Funeral Home and Cemetery, which is located at 13005 Greenville Ave., at the intersection of Restland Road, Dallas, Texas 75243, and can be reached at (972) 238-7111. The Livestream can be viewed at the following link: http://webcast.funeralvue.com/events/northstar/71355/hash:3E47E9BE0D423A80

The family of Tana Suzanne McClendon Brown created this Life Tributes page to make it easy to share your memories.