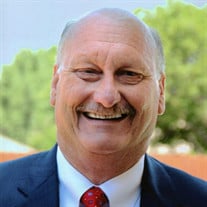 Frank Cleaver Wiley III, most well known as “Cleve”, was born to Virginia Amis and Frank Cleaver Wiley Jr on the 14th of August in 1951 in Texarkana, Texas and passed on Saturday, November 20th, 2021 at Medical City Dallas Hospital. He was preceded in death by his natural father Frank Cleaver Wiley Jr., his Step Father Al Franklin and his beloved mother Virginia Franklin. He is survived by his 3 daughters Jillian Adams, Julie Pope, and Jacqueline Wiley. Their spouses Roger Adams and Brett Pope, and his 7 grandchildren… Hunter Wiley, Xander Wiley, Tyler Pope, Zachary Pope, Rory Kai Adams, Sophia Liscano and Maria Liscano. Cleve was an only child and the apple of his mother’s eye. He grew up in Dallas where he attended and graduated from WT White in 1969. He then went on to obtain his Bachelors of Business Administration-Marketing at UNT. Cleve was well loved and it absolutely showed. He was kind, generous, charismatic and fun loving with a greeting and a smile that lit up a room every time he walked in. He had a love for traveling, a good steak, Cadillacs, a good hotel and experiencing life to the fullest. It’s no secret that the two greatest loves of his life were his mother and his sweet dog, Claire. He even wrote a whole book when Claire passed called “the Life and Times of Claire” His relationship with his daughters was unique and special nonetheless. He was always there to vent to and no matter what, he was always on their side. He and his youngest shared a bond from day one that was absolutely unbreakable, no matter the obstacles they faced. The last month of his life was well spent solidifying those bonds and making beautiful memories with his girls, for which they will forever hold dear to their hearts. Cleve made many meaningful friendships throughout his life, and he was grateful for every one of them. The world is a dimmer place without his glow, but we are all so very thankful to have been in his spotlight. Services to honor his life will be held at Restland Funeral Home in Dallas, Texas on Friday, the 3rd of December, 2021 at 2pm.

Frank Cleaver Wiley III, most well known as &#8220;Cleve&#8221;, was born to Virginia Amis and Frank Cleaver Wiley Jr on the 14th of August in 1951 in Texarkana, Texas and passed on Saturday, November 20th, 2021 at Medical City Dallas Hospital. He... View Obituary & Service Information

The family of Frank Cleaver Wiley III created this Life Tributes page to make it easy to share your memories.

Send flowers to the Wiley family.