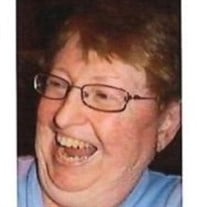 Frisco, TX – Sandra Kay Gass, 70, died on April 23, 2020 at Baylor, Scott & White Medical Center - Centennial. She was born March 29, 1950 in Lincoln, IL daughter of the late Garland and Dorothy (Wernex) Gass. Sandra went to Lincoln Community High School and graduated in 1972 from Illinois State University in Normal, IL. She worked for JCPenney in Schaumburg, IL until being transferred to JCPenney headquarters in Plano, TX in the audit department. She retired in 2002 and became active in many volunteer roles. She became a Parish Lay Academy graduate on January 30, 2010 and was recently teaching some of the classes. She attended Lutheran Via de Cristo of North Texas weekend #63 in 2003 and staffed three weekends afterwards in addition to serving on the board as Historian. Sandra was also on the boards of the Women of the ELCA (W-ELCA) for the North Texas, Northern Louisiana (NT-NL) Synodical Women’s Organization and Dallas Area Metropolitan Conference. She served on the NT-NL boards for the Mission Endowment Fund and Synodical Stewardship Team. Sandra sang in the Preston Meadow Lutheran Church choir until she became a charter member at Rejoice Lutheran Church in Frisco, TX. There she served as a Stephen Minister, choir member, Past President of the Church Council and chaired the Outreach Committee. She was also served as President of the Friends of the Frisco Public Library and President of the Frisco Book Club. Survivors include cousins, Gary (Anne) Stoltzenburg, Lincoln, IL; and David Renouf, New Zealand. Sandra was godmother for Crosby Landau and Lexi, Gracie and Mackie Grentz along with being a spiritual mother/grandmother to many other children. Sandra was preceded in death by her parents and her sister, Judith Rae Gass. She will be missed by family and friends. A special thanks to the doctors, nurses and staff at Baylor, Scott & White Medical Center – Centennial for their compassionate care. Also thanks to Rev. Neil White, Carissa Cullumber and Cedelia (Dee) Phillips for their ongoing support. She will be interred at Restland Funeral Home and Crematory, 13005 Greenville Avenue, Dallas, TX 75243. Online condolences may be expressed at https://www.restlandfuneralhome.com/. A celebration of life service will be scheduled later in summer at Rejoice Lutheran Church, 12000 Independence Parkway, Frisco, TX 75035. Memorials can also be directed to Rejoice Lutheran Church.

The family of Sandra K. Gass created this Life Tributes page to make it easy to share your memories.

Send flowers to the Gass family.