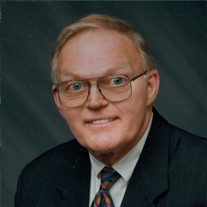 Howard Marion Chase, age 83, passed away on May 5, 2022 in Dallas, Texas. He was born to Cecil Marion and Erma Zella Chase on July 12, 1938, in Eugene, Oregon. He married Shelby J. Williams on February 18, 1971, and they would remain married... View Obituary & Service Information

The family of Howard Marion Chase created this Life Tributes page to make it easy to share your memories.

Send flowers to the Chase family.