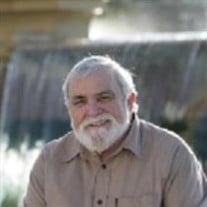 LAWRENCE EUGENE CRUMLISH – Larry Crumlish, 81, died January 20, 2021, at home surrounded by his loving family. He was born June 7, 1939 in Wilmington, Delaware, the son of Marion E. and Elizabeth (Gibney) Crumlish. Larry graduated from Salesianum High School, Class of 1957. Following graduation, worked in Masonry. He moved to Dallas in 1962 and earned a BA in Marketing and Economics at North Texas State University. He married the love of his life, Billye Trayler, and settled in Dallas. They celebrated 51 years of marriage in January. Larry was in the exhibit tradeshow business for over 43 years. He built the Exhibit Store into an industry leader in the portable tradeshow business for over 25 years. Larry was always a salesman at heart and continued to work well into retirement with Macrae Imaging. Larry was the baby of nine children and grew up amazingly close with lots of love, hugs and singing (especially barbershop). In addition to his parents, he was predeceased by siblings; sister Anne McMann, brothers Fred, Jerry, David and Tommy. Larry had a very full life with his wife and their two children and is survived by his wife, Billye (Trayler) Crumlish, his son, Tim Campbell and his wife, Wendy, of Lake Dallas and most recently Nacogdoches; grandchildren, Kier, Baylee and Sienna Campbell; daughter Amy (Crumlish) Baker and her husband, Robert, of Richardson; grandaughters Troy and Riley Baker; one brother James Crumlish and two sisters, Patricia Trepper and Betty Gene Mercer; many loving nieces and nephews. A celebration of Larry’s life will be planned in the future when it is safe for all to come together, sing, story tell and toast to his amazing life. RIP.

The family of Lawrence Eugene Crumlish created this Life Tributes page to make it easy to share your memories.

Send flowers to the Crumlish family.