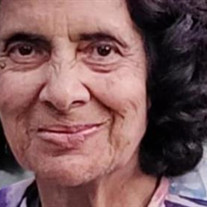 Sarojnee Devi Naidoo was born on August 30 1944 in Wasbank, South Africa to Bechoo Singh and Soobagiya Baluchi. She was the 7th of 11 children. She is survived by Rosy Parmanand, Prem Singh, Roshnee Maharaj, and Jay Singh. Her siblings who have passed are Thulsi Singh, Kalawathi Thakur, Harry Singh, Poola Rikhilal, Paladh Singh. She is survived by her children Randy, Shaun, and Elton with daughters of marriage in Samantha, Tina and Katrina. And grandchildren of her legacy in Noah, Micah, Zion, Destiny, Sarah, Israel, Eden and Olivia. She is also survived by numerous nieces and nephews from the U.S., South Africa, Australia, and Europe. We are pretty sure her tentacles of influence are in other areas of the world. Sarojnee had her humble beginnings in Wasbank, South Africa and learned to be independent at a young age as being the sole child of 11 to live with her grandmother for most of her childhood. She has shared numerous reflections of lacking school supplies and proper shoes but learning how to trade and sell with items from the farm to make ends meet. She was strong, resourceful, compassionate, and independent. She took on the endeavor as the first sibling to become a nurse at RK Kahn in Durban where she started dating Bobby Naidoo in the late 60s. Saroj took the adventure and vision of coming to a new place across the Atlantic with the motivation of her boyfriend, Bobby Naidoo, who assisted her with her immigration papers. That relationship became a formal one of marriage in the United States. The vision of opportunity in Dallas Texas has blessed eight immediate families from South Africa and sixteen second generations from those eight. Presbyterian Hospital of Dallas was her new home away from home. She was adventurous and fearless as she paved the way for future generations of her immediate kin and extended family. She was the pioneer and the laborer for the Naidoo family. She produced lives that are continuing to make an impact across the globe. Her greatest accomplishment was accepting Jesus Christ as her Lord and Savior in 2001. She spent the next 21 years proclaiming the Gospel and bringing others to the Kingdom of Christ. Please click on the link : https://www.sarojneenaidoo.com/

Sarojnee Devi Naidoo was born on August 30 1944 in Wasbank, South Africa to Bechoo Singh and Soobagiya Baluchi. She was the 7th of 11 children. She is survived by Rosy Parmanand, Prem Singh, Roshnee Maharaj, and Jay Singh. Her siblings who have... View Obituary & Service Information

The family of Sarojnee Devi Naidoo created this Life Tributes page to make it easy to share your memories.

Send flowers to the Naidoo family.